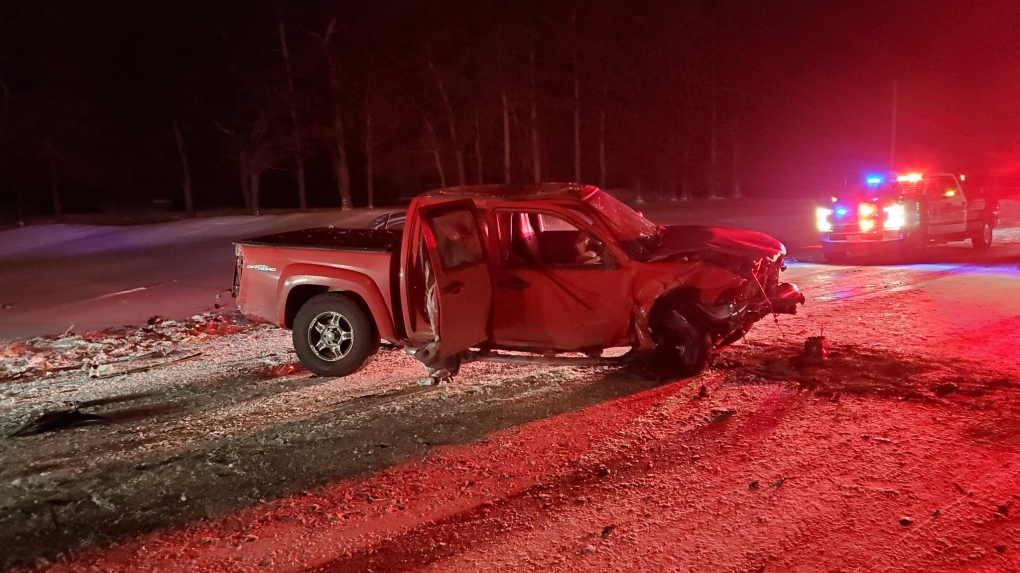 A 17-year-old has been injured and a 36-year-old man is facing impaired driving charges following a crash in Woolwich Township.

Emergency crews were called to the scene on Line 86 between Reid Woods Drive and Floradale Road around 7:20 p.m. Sunday night.

In images tweeted by regional police's traffic unit, significant front-end damage to a pickup truck can be seen.

In the same tweet, the traffic unit says they responded to six separate collision over the weekend "where one of the drivers was arrested and charged with impaired driving."

Later that morning, police issued a news release stating two vehicles were travelling in opposite directions when they collided, caused significant damage, and blocked the roadway.

A 17-year-old from Wallenstein was taken to hospital with serious but non-life-threatening injuries.

A 36-year-old man from Welland was not injured, but was arrested and charged with impaired driving and dangerous driving causing bodily harm.

The roadway was closed until around 11 p.m.