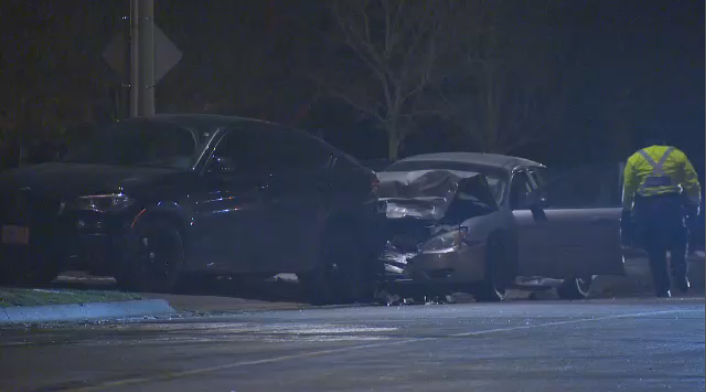 Waterloo regional police are investigating a crash in Kitchener they say involved an 18-year-old crashing into a parked vehicle and causing three serious injuries.

Emergency crews were called to the reported two-vehicle crash on Old Chicopee Drive around 5:30 p.m. on Saturday.

Police say the 18-year-old driver struck a parked vehicle, caused extensive damage, and that the driver and two male passengers men were taken to hospital with serious injuries.

The roads around the scene were closed until 9 p.m.

The investigation is ongoing and charges are pending.

The investigation into the killings of four University of Idaho students has received an overwhelming amount of tips related to their search for a white sedan seen near the crime scene around the time of the deaths last month, police said Friday.