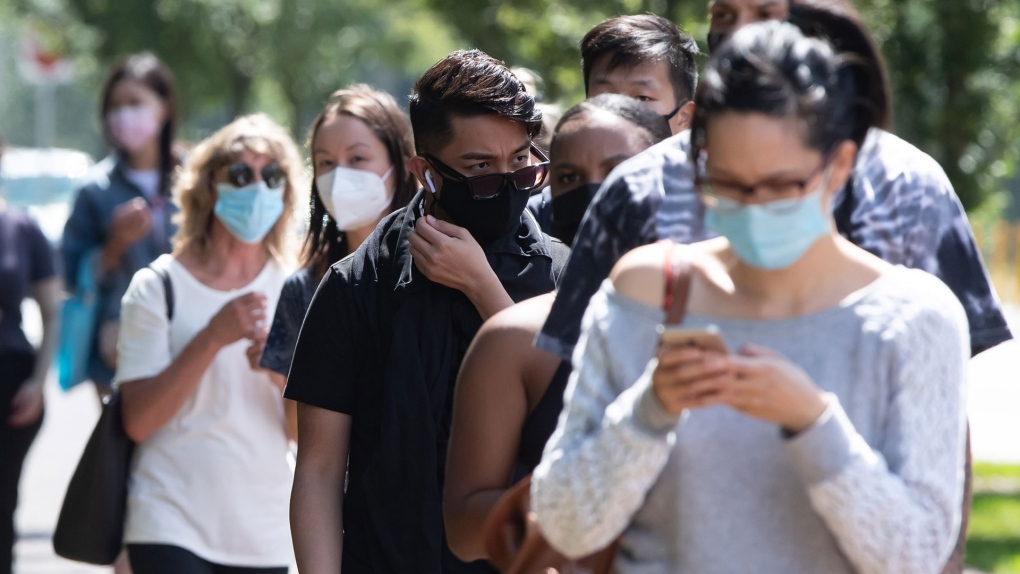 People wait in line at a COVID-19 testing facility in Burnaby, B.C., on Thursday, August 13, 2020. THE CANADIAN PRESS/Darryl Dyck

The net increase brings the region's total number of cases to 1,538, seven higher than the number reported the day before.

No new cases were marked resolved on Wednesday, leaving the total there at 1,343. The death toll also remained unchanged: 120 people have died from the disease, with the last COVID-19-related death being reported nearly a month ago on Aug. 21.

The region also reported a new outbreak on Wednesday. The latest is at a congregate setting, which public health officials do not name to protect the privacy of those involved since these facilities often have lower staff and resident numbers.

The other COVID-19 outbreak is ongoing. The Village of University Gates declared its outbreak on Sept. 5 after a staff member tested positive for the disease.

Across the province, there were 315 new cases of COVID-19 on Wednesday, surpassing the 14-week-high 313 cases reported on Monday.

According to Health Minister Christine Elliott, the increase comes as nearly 29,000 tests were processed across the province.

Twenty-five public health units reported five or fewer cases on Tuesday, while the bulk of the increases are concentrated in five areas. Toronto reported 77 new cases, Ottawa reported 61, there were 54 in Peel and 37 in York. Durham also reported 24 new cases.

Almost two thirds of the new cases were in people under 40, Elliott said on Twitter. Hospitalizations, ICU admissions and the number of patients on ventilators remained "essentially stable."

Why can Canadians still fly to the U.S.? It's not up to Canada

'The situation in the United States is getting worse': Ont. border city mayor supports extension of border closure

'We can doesn't mean that we should': Canadians warned to limit gatherings as cases spike

Did you lose a loved one to COVID-19? We want to hear from you