Reports of fake police officer stopping people in Ontario not believed to be connected: OPP 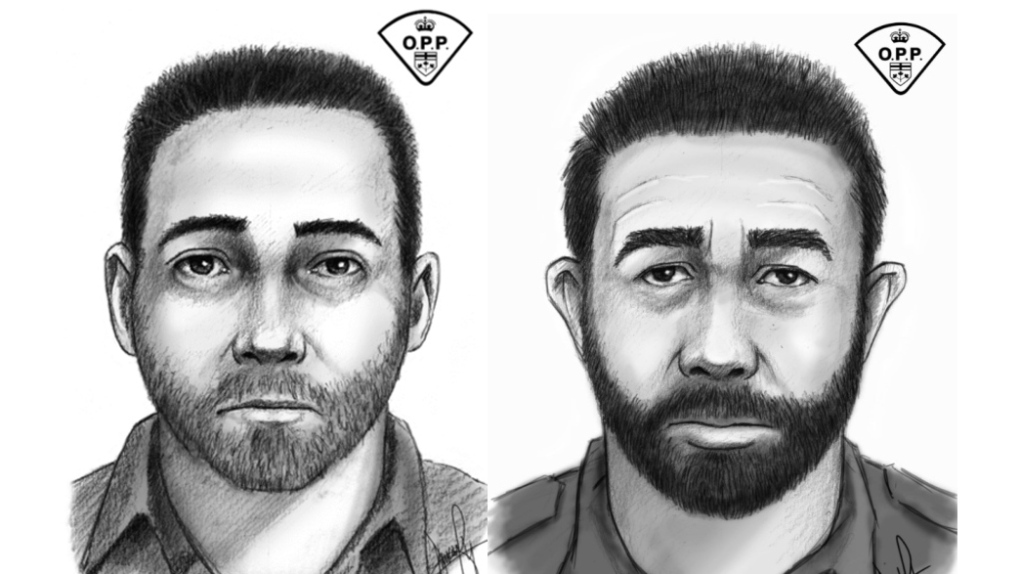 OPP is asking for help in identifying these suspects.

KITCHENER -- Ontario Provincial Police say they do not believe that a number of recent instances of traffic stops in Southwestern Ontario involving fake police officers are connected.

There have been at least four separate instances reported in the last month. Wellington County OPP first began investigating after a number of complaints about a man impersonating a police officer who was stopping drivers and asking for their "essential worker" status.

That was in mid-April.

Less than two weeks later, the Essex County OPP reported a similar incident, where a woman was driving along a side road when she was stopped by a vehicle with blue-and-red flashing lights.

Through extensive investigation, it was confirmed that this person was also not a police officer, and the OPP is asking for help in identifying him.

Composite sketches of both suspects have been released.

While the sketches and the details of each incident bear some resemblance, provincial police say that while investigating officers have been in touch, the incidents are not believed to be connected.

"Personating a police officer is a serious offence and anyone with information is encouraged to contact their local police service and report," a police spokesperson told CTV News in an email.

In another instance of police impersonation, a Seaforth, Ont., man was charged after an officer on patrol stopped a pickup truck outfitted with police lights, a police speaker, microphone and radio.

The Saugeen Shores Police Service said it was looking for anyone else who may have had contact with this vehicle.

A Puslinch man was arrested after police allege he portrayed himself as a police officer in Wellington County. In that case, a complainant said they and their family were approached while biking.

Police say the vehicle had yellow and orange flashing lights in the rear window, and that the complainant heard the driver shout something at them over the PA system.

Drivers are reminded that, if they're ever uncertain of an officer's legitimacy, they can ask to see their badge and warrant card, or they can call 911 to verify with dispatchers.