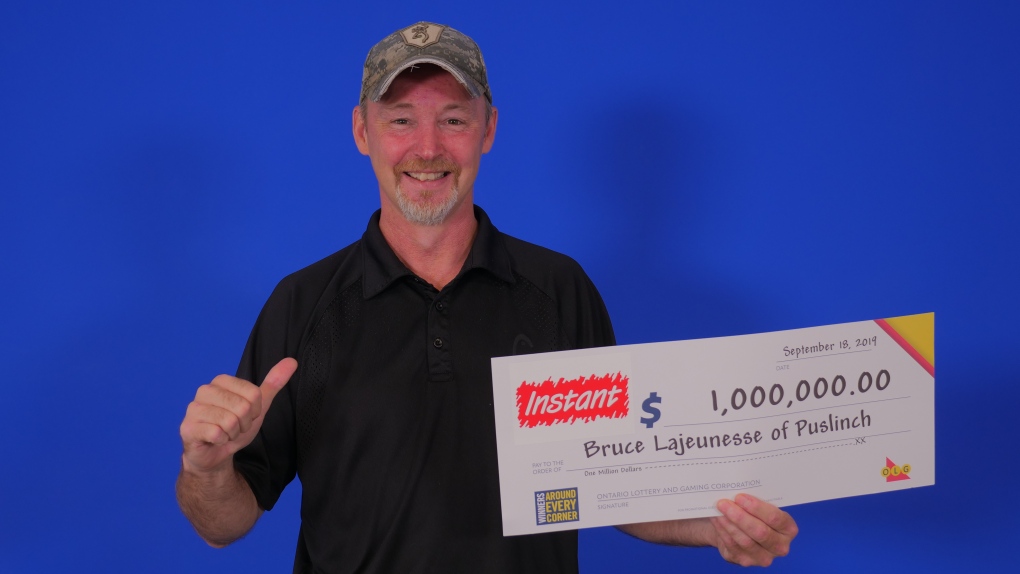 A Puslinch man is celebrating after winning a cool million.

Bruce Lajeunesse checked his instant lottery game on the OLG lottery app when he found out he had won.

"I was shocked!" Lajeunesse is quoted as saying in a press release from OLG.

The warehouse shipper and receiver collected his $1 million top prize from the Instant $1 Million $ Royale game.

He plans to buy a bigger home in the country with his winnings.

He bought the ticket at the Kitchen Food Fair on Clair Road in Guelph.