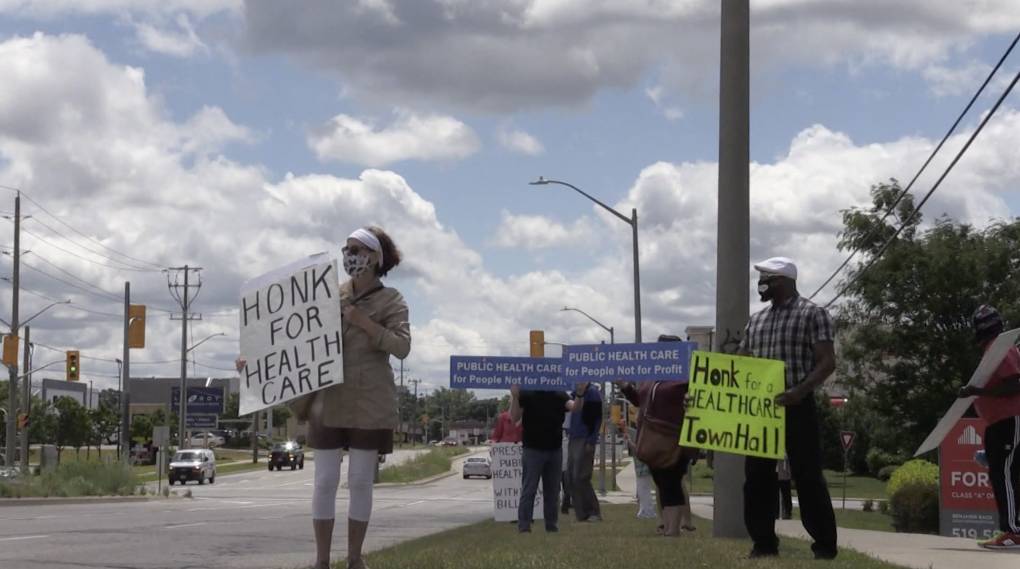 Protesters gather along King Street in Kitchener to speak out against Bill 175.

KITCHENER -- Protesters rallied in Kitchener on Wednesday against the Ford government's proposed bill to change how home care operates in the province.

The group gathered along King Street in Kitchener, near local MPP Amy Fee's office. Organizers said they're concerned Bill 175 will restructure and privatize care homes in Ontario, allowing private companies to set their own rules, regulations and costs.

Protesters added they're already concerned about the state of privatized health care in the province.

"You see seeing all kinds of dropped calls, missed opportunities to support the patients that they’re contracted to support because it's simpler for them to deliver some care to another patient and because there’s no oversight," said Jim Stewart, co-chair of the Waterloo Region Health Coalition.

According to a statement sent to CTV News from a spokesperson for Ontario’s Health Minister Christine Elliot, the bill would "enable the delivery of flexible care models" throughout Ontario.

"This legislation in no way enables the privatization of home care," the statements reads in part.

The statement adding that the government is still prioritizing publicly funded health care.

Similar protests were held by groups across the province Wednesday, organized by the Ontario Health Coalition.