Police release photo of truck in connection to hit-and-run 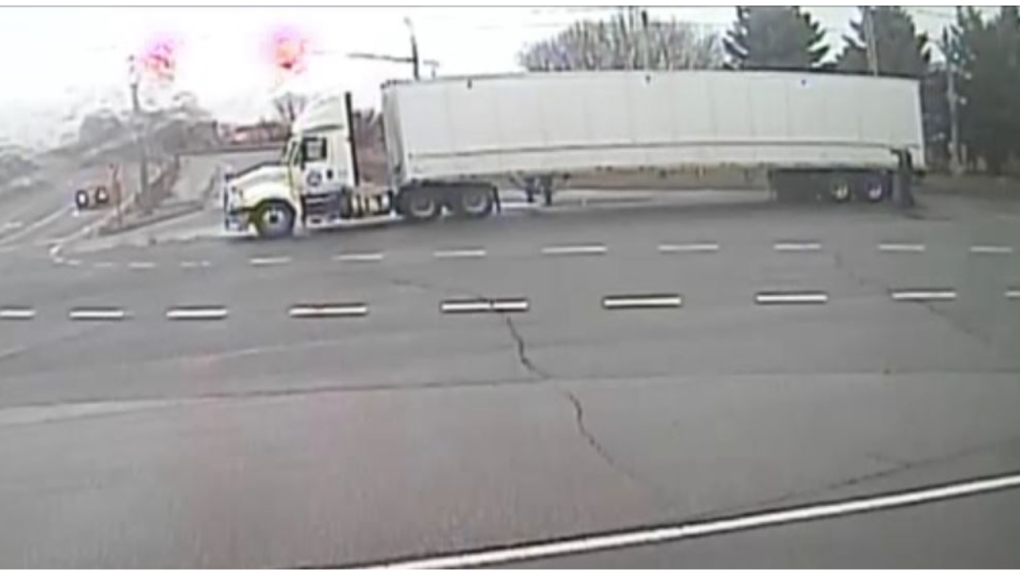 Police want to speak to the driver of a transport truck who may have been involved in a hit-and-run in Kitchener. (Source: WRPS)

KITCHENER -- The Waterloo Regional Police Service has released a photo of a transport truck that may have been involved in a hit-and-run in Kitchener.

It happened on Jan. 10 at around 2:35 p.m., near Gateway Park Drive and Sportsworld Drive.

A pedestrian in a wheelchair was crossing at the crosswalk when police say the transport truck hit them.

The pedestrian, a 63-year-old woman from Cambridge, was taken to hospital with minor injuries.

Police say they're looking to identify and talk to the driver, who's described as a male around 25 years old. Officials say he was wearing a purple turban at the time of the crash.

The vehicle in question was last seen on Sportsworld Drive heading toward Maple Grove Road.