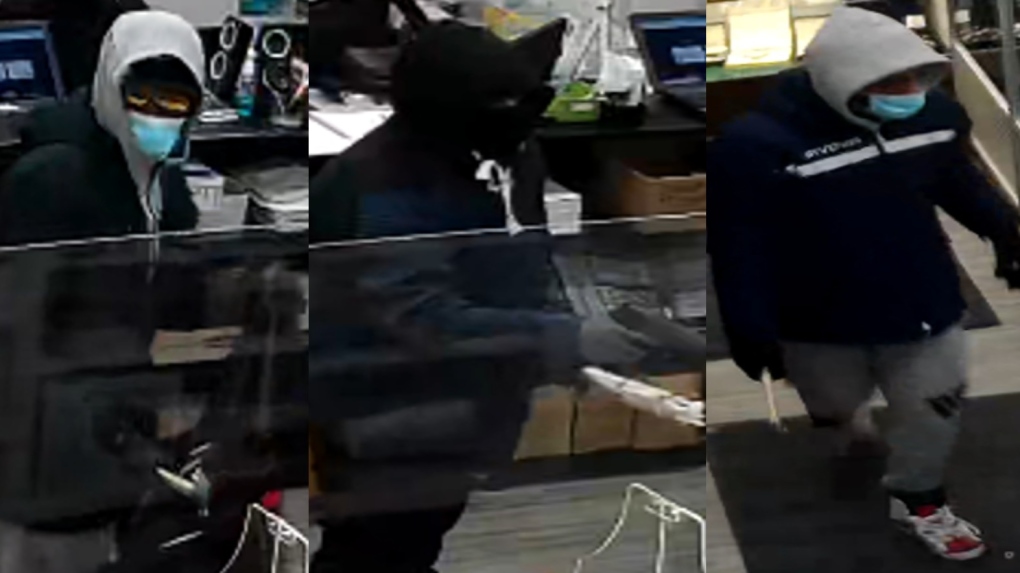 Investigators are looking to identify and speak to these individuals who police believe could be connected to a Kitchener robbery. (Submitted/WRPS)

Waterloo regional police are looking to identify and speak to three individuals they believe could be connected to a robbery in Kitchener.

Police were called to an armed robbery at a business in the area of Victoria Street North and Turner Avenue on Tuesday just after 3 p.m.

According to a news release, three masked suspects entered the business with one brandishing a handgun.

Police included three security images of the people they’re looking to identify and speak to.