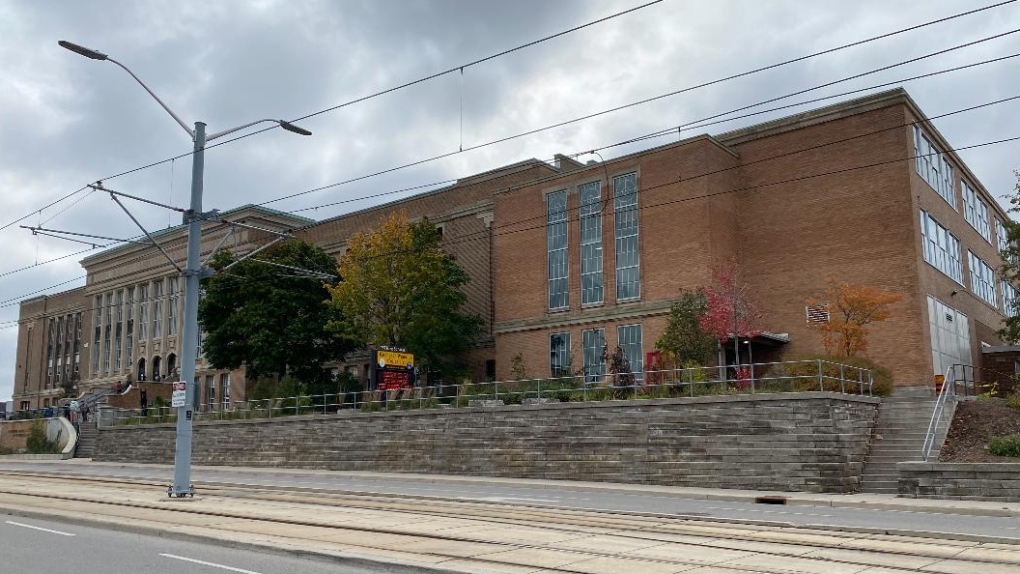 An arrest has been made after Kitchener Waterloo Collegiate Institute was placed in lockdown for a police investigation in the area of King Street West in Kitchener.

In an update posted on Twitter, police say the lockdown was downgraded to a hold and secure and lifted around 12:40 p.m.

When officers arrived they found a man with a knife, police said in a press release Thursday afternoon. They said they didn't find a gun.

An 18 year-old Waterloo man was charged with possession of a weapon for a dangerous purpose.

Officials said King Edward Public School was also placed in hold and secure during the investigation.

UPDATE: One arrest has been made.

The school is now placed in a hold and secure.

More details will be released when they become available. https://t.co/iF1gwIKQG9

A hold and secure was lifted at Jacob Hespeler Secondary School Thursday morning following a police investigation in the area of Holiday Inn Drive in Cambridge. Police say the two investigations are not related.

This is a developing story and more information will be provided when given.