KITCHENER -- Ontario's Ministry of Health says there are four new cases of the novel coronavirus in the province, one day after the first case of the virus was confirmed in Waterloo Region.

A spokeswoman with the ministry said a married couple were aboard a cruise ship out of San Francisco that travelled to Mexico in mid-February and returned to Canada at the end of the month.

They say another patient had recently travelled to Las Vegas.

The latest cases are considered to bring the province's total COVID-19 patients up to 28. Health officials say four of these cases have been resolved.

On Thursday, three new cases of the virus were reported, including one in Waterloo Region.

Public health officials from the Region of Waterloo say a woman in her 50s was experiencing mild symptoms on March 1. She flew from Milan, to Lisbon, and then returned from Italy late on March 3. 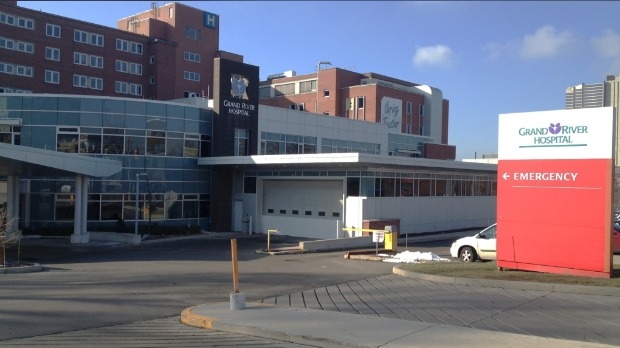 “She applied a mask well ahead of schedule,” said Dr. Bill Ciccotelli, medical director of infection control for GRH and St. Mary’s Hospital. “She was brought into one of our triage areas through a special entrance to undergo a process we’ve built to manage patients with a positive travel history.”

The woman then moved into an airborne isolation room and was not waiting in the emergency room. The woman was only at the hospital for a few hours and discharged after 1 a.m. on March 4.

Health officials say anyone who was at the hospital during this time should not be concerned.

She was assessed, tested, and sent home, where she is currently in self-isolation experiencing mild symptoms.

Family members of the patient are also in self isolation.

Region of Waterloo Public Health is monitoring the situation, including contact tracing. They will be reaching out to passengers on the flight of the woman and asking them to self-monitor for 14 days from the flight.

Public health officials say the case does not increase risk in Waterloo Region.

“The risk is currently low in Waterloo Region,” said Dr. Hsiu-Li Wong, acting medical officer of health for the region. “This case does not increase the risk. She was appropriately managed and isolated. It’s understandable people are concerned. It’s a new virus and we’re learning more about it.”

The woman will be in quarantine until she has no more symptoms and has two negative tests 24 hours apart.

"That particular case probaby is not going to cause a lot of transmission," said Stephanie Dewitte-Orr, a virologist with Laurier University. "Not a lot of people are going to get infected from the one case, but that's probably not the only one coming to Waterloo Region."

She adds that residents should prepare for a spread, but not be fearful.

"There may be a time where that's appropriate, but it's not appropriate right now," said Dewitte-Orr. "I don't know whether that wil happen or how soon that will happen."

On Friday morning, shoppers at Costco on Sportsworld Drive were experiencing and increase in crowd and line sizes. 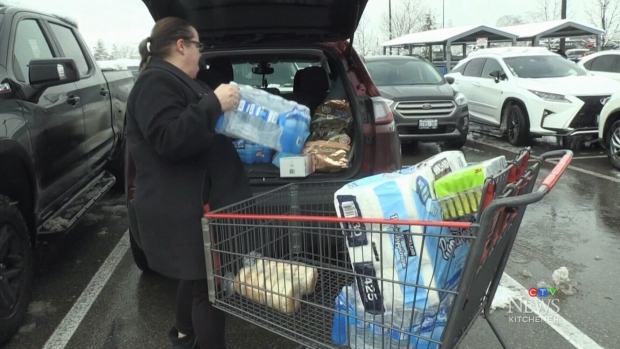 One man told CTV Kitchener he had been to three different grocery stores just to get toilet paper, while another woman says she doesn't understand the hysteria and need to hoard household items in anticipation of COVID-19 spreading.

Toilet paper, bottled water, and canned goods could be seen in many grocery carts.

"We came this morning and there was a huge lineup," said shopper Nat Poretti. "We were towards the front of the line and the rush towards that section was unbelievable. Everyone was going in to buy two, three products like toilet paper, tissues, full crates of water, it was unbelievable."

Poretti adds that he came by to get some products in case the coronavirus spreads in Waterloo Region and there's a need for self-isolation.

Health officials continue to encourage people to protect themselves by washing hands often, sneezing into a sleeve, staying home when sick, staying away from others that are sick, and avoid touching eyes, nose, and mouth.