One in custody after dispute call in Kitchener neighbourhood 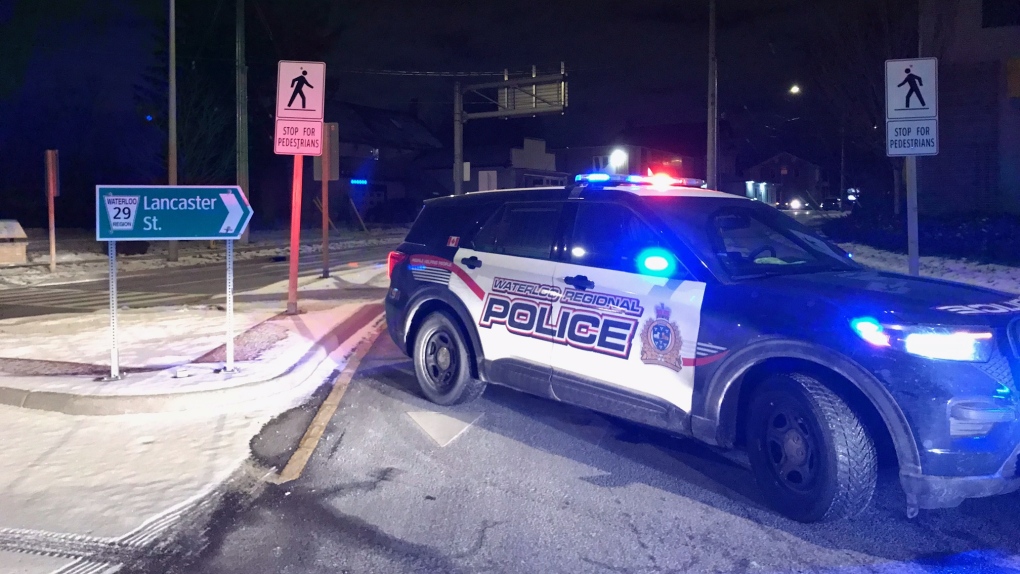 Police respond to an incident in Kitchener (Dan Lauckner / CTV Kitchener)
One person is in custody after a report of a dispute involving a possible gun in a Kitchener neighbourhood on Friday night.
The incident drew a large police presence near the intersection of Lancaster Street West and Shirk Place.
Waterloo regional police warned nearby residents to stay inside and asked everyone else to avoid the area shortly before 9 p.m. in a tweet.
About a half hour later, police announced the service’s emergency response team had taken one person into custody and that there was no further concern for public safety.
Officers are expected to remain in the area late into the evening as the investigation continues.

Our Emergency Response Team has taken one person into custody.

There is no further concern for public safety at this time.

A police presence will remain in the area as the investigation continues. https://t.co/ipINh6QB6j