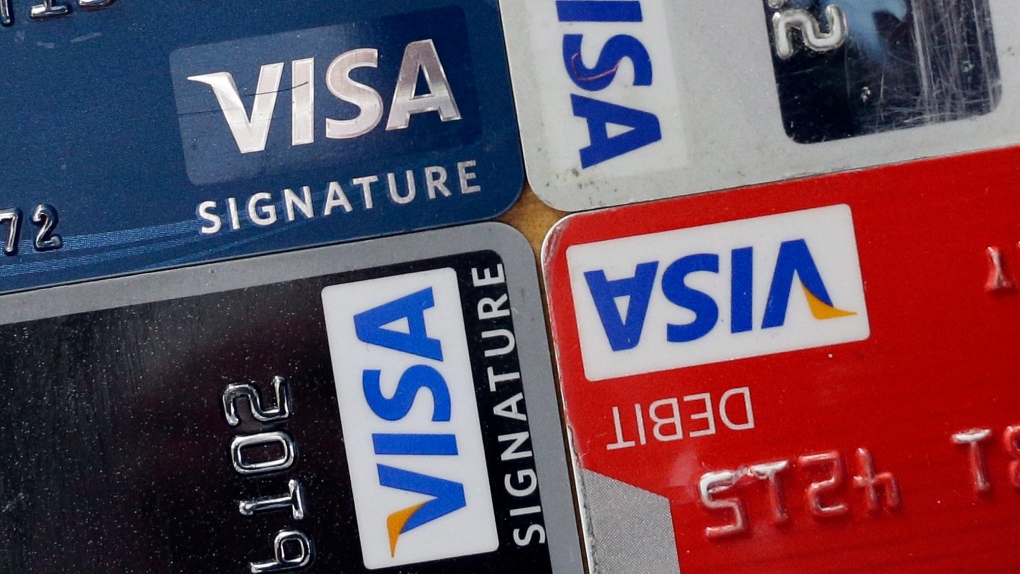 Visa credit and debit cards are displayed for a photographer in Baltimore in this April 25, 2013 photo . (AP / Patrick Semansky)

KITCHENER -- Police in Guelph have charged a Montreal woman with 10 criminal charges after she allegedly opened several bank accounts with fake names.

On Friday, police officers were called to a bank in downtown Guelph. There, the woman allegedly opened an account with a false name and applied for a credit card.

In a news release, police said that the staff member at the bank was suspicious of the identification offered, noting that someone had previously tried to open a bank account in the same name.

Officers arrived and the suspect gave them her actual identification, which they later confirmed with police in Montreal.

The accused, 20, was arrested for personation and fraud.

When police searched her belongings, they found several documents in other names. The news release said they had been used to open other bank accounts and obtain credit cards.

She's now facing three counts of uttering forged documents, two counts each of fraud under $5,000, identity theft and possessing identity documents, and one count of personation.

Police held her for a bail hearing on the weekend. She has since been released and is due in court on March 16.