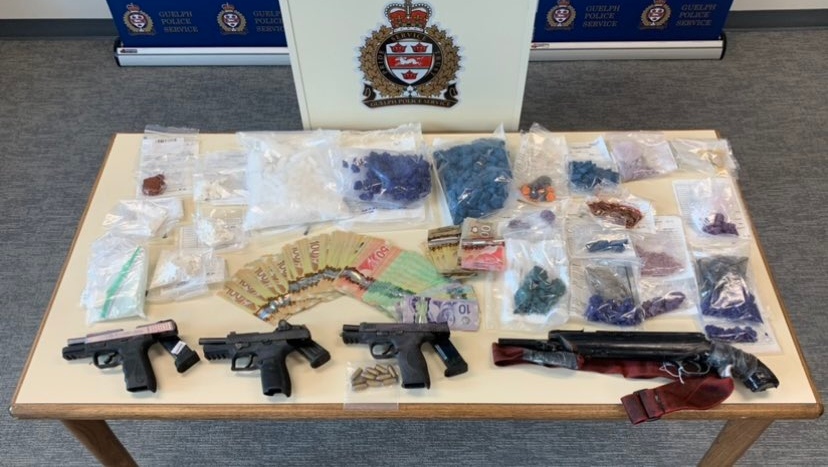 A 26-year-old North York man has been arrested in connection to a major drug bust in Guelph last fall.

In October, Guelph police announced they had seized nearly 100,000 doses of fentanyl and four firearms following an investigation that lasted for seven months. Police said it was their largest fentanyl seizure to date.

On Thursday, Guelph police said they were notified by another police service that one of the men identified during the investigation had been arrested in the Greater Toronto Area.

He was transported to Guelph where he was charged with three counts of trafficking in a controlled substance.

Russian President Valdimir Putin was a target of mockery by leaders of the Group of Seven, as they sat around a table Sunday, commencing their three-day summit in Bavarian Alps, Germany.

Russia shattered weeks of relative calm in the Ukrainian capital with long-range missiles fired toward Kyiv early Sunday, an apparent Kremlin show-of-force as Western leaders meet in Europe to strengthen their military and economic support of Ukraine.