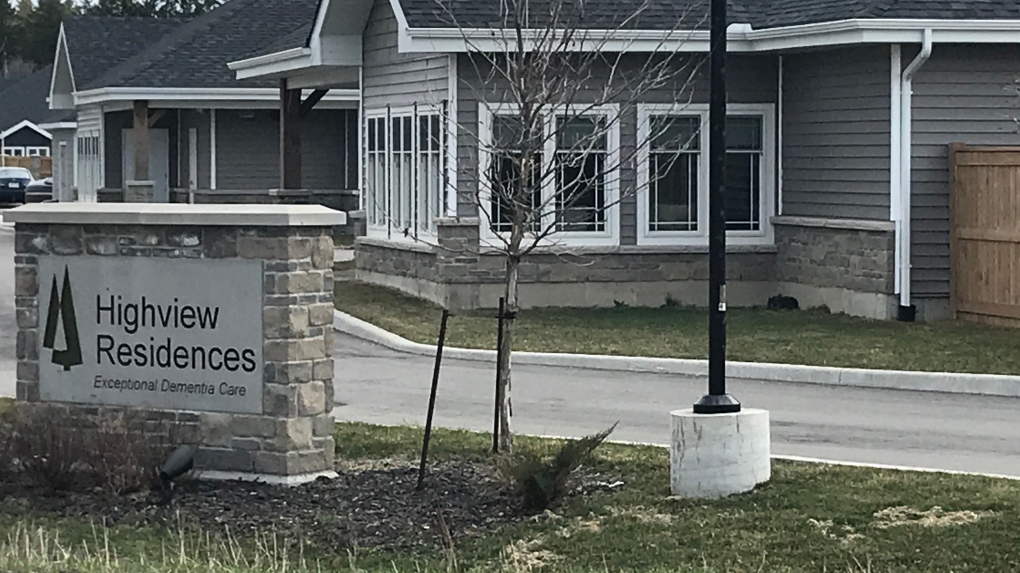 KITCHENER -- A resident of Highview Residences in Kitchener who had tested positive for COVID-19 has died.

A news release from the Chief Operating Officer, Joy Birch, confirmed the news on Saturday morning.

"Our hearts go out to his family, and we will truly miss him," she's quoted in the release.

Officials say the man was 88, and was a resident of the Blair Creek House.

Birch tells CTV that another two residents have tested positive for the virus in the last three days.

The company says they are working closely with Region of Waterloo Public Health to make sure they're following heightened infection guidelines.

Highview Residences says it reached out to families of its other residents as well.

"Our first priority continues to be the health and safety of our residents and staff," Birch continues in the release.

The first two laboratory-confirmed cases of COVID-19 were announced on April 1, Birch says. According to the region's website, an outbreak was declared there the day before.

An outbreak is defined as one or more cases of COVID-19 in staff or residents in a long-term care or retirement home.

As of Saturday morning, the region had six outbreaks listed on its website:

This marks the third known death from COVID-19 in Waterloo Region.

The first was announced earlier this week: 41-year-old John Tsai passed away early on March 31.

The next day, public health officials confirmed that a second person, a man in his 50s, had passed away at St. Mary's General Hospital.