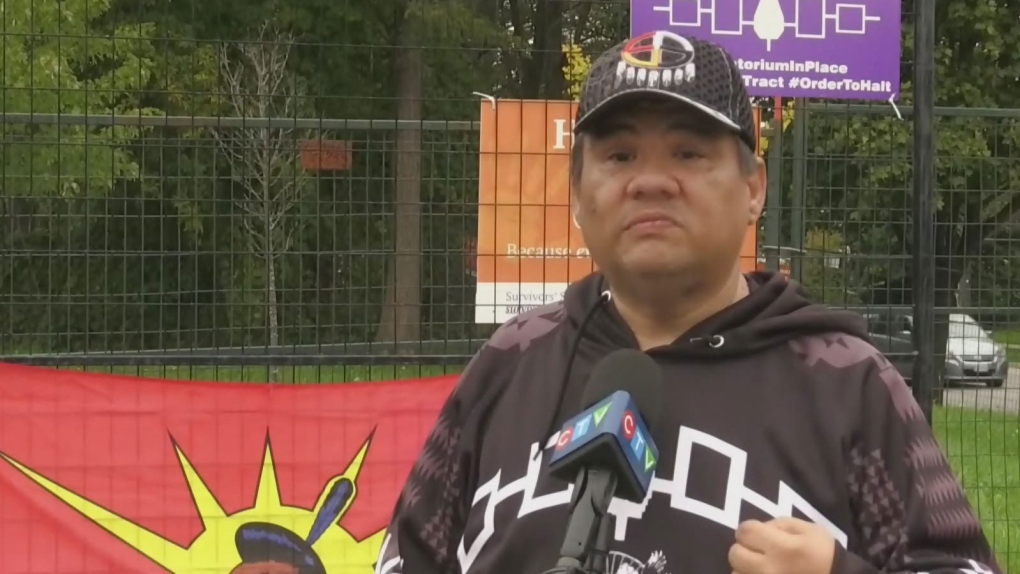 A Hagersville man has been charged in connection to a protest at the former Arrowdale Golf Course in Brantford.

Trevor Bomberry, 48, surrendered to the Brantford Police Service on Jan. 11.

He's been charged with break and enter, as well as mischief.

On Oct. 9, Brantford residents and Indigenous groups held a demonstration at 282 Stanley Street. They were protesting the decision to sell most of the 32 acre former golf course. The city said the money would be used to build affordable housing units elsewhere in the city, while 17 acres of the property would be reserved for a public park.

Bomberry, part of a group called the Arrowdale Land Defenders, was one of the people who was at the site that day. He said the land belongs to Six Nations as it's located within six miles of the Grand River.

In a media release, Brantford Police said they were called to the property around 2:30 p.m. in response to an alarm call.

"Investigation revealed that the lock to the front gate of the property had been cut in order to gain entry," it read. "Individuals were found at the site, refusing to leave."

Bomberry's charges are related to that incident.

He was arrested, charged and released on Jan. 11.

In a release, dated Dec. 24, the city called the ongoing protest unlawful and unsafe, citing two "acts of aggression inflicted on representatives of the city by individuals occupying the site."

One of those incidents happened on Dec. 10.

That protestor was charged with assault and mischief.

According to the city, the sale of the former golf course has been delayed due to legal proceedings by protestors.

One of those groups is Know Your City Inc., which applied for a judicial review of the sale in 2020. That case was eventually dismissed.