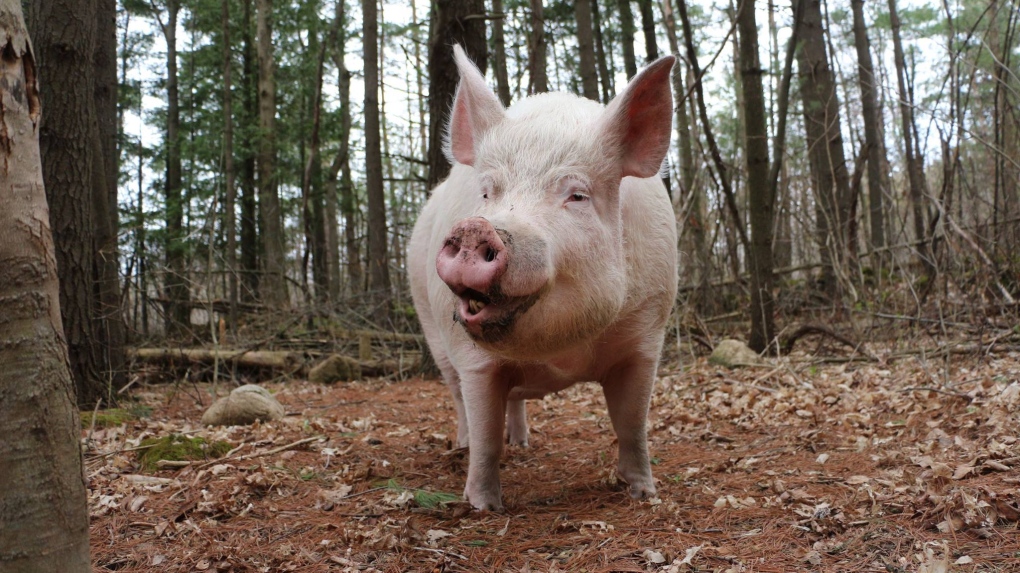 "Esther the Wonder Pig" became the star of a children's book after being rescued as a tiny piglet and then growing to a remarkable size.

Last fall, Esther suffered potentially life-threatening health complications, including seizures and hyperventilation, but there was no scanner big enough to help diagnose her ailments.

Her owners, who run the Happily Ever Esther Farm Sanctuary in the Milton area, decided to step in to help the veterinary college buy the giant scanner.

The college says having the new Pegaso CT scanner means it will be able to scan not just large pigs but standing horses and other large animals.