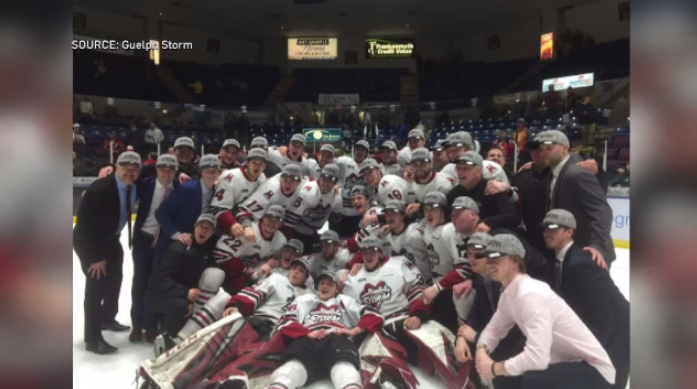 The Guelph Storm are on their way to the nation’s capital to compete for the top prize in the OHL.

The Ottawa 67’s will host Guelph on Thursday night for the first game in the best-of-seven series.

The visiting team left Wednesday morning from the Sleeman Centre, just two days after a grueling game seven victory in the conference finals.

“They’ve learned from the experiences they’ve had over these first three rounds,” said head coach George Burnett. “Hopefully we’ll be able to use that experience to get through this final.”

After sweeping the Kitchener Rangers in the first round, The Storm managed to pull off two come-from-behind series wins against the London Knights and Saginaw Spirit.

Guelph was down 3-0 to London and 2-0 to Saginaw before forcing two game sevens and coming out on top as Western Conference Champions.

Ottawa on the other hand, has yet to lose in the 2019 OHL playoffs.

“They’re among the top teams in the country, let alone the league, and they’re rested,” said Burnett. “All the more reason to be ready to go when the puck drops tomorrow.”

Game one starts at 7 p.m. on Thursday, with game two set for Saturday afternoon.

Game three and four are guaranteed to come back to Guelph and will be played next Monday and Wednesday nights.