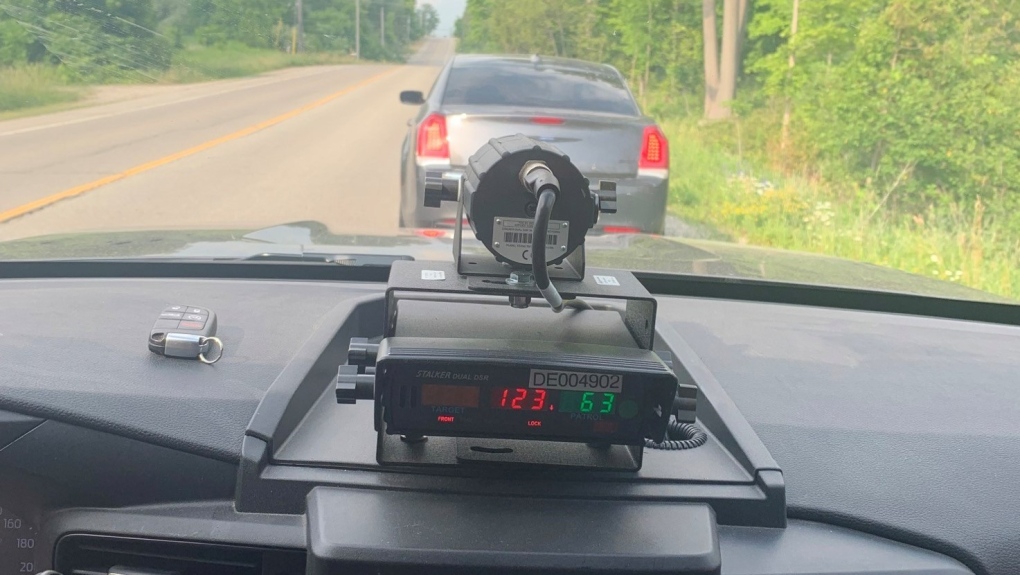 Guelph police release a photo of a driver they pulled over for speeding. (Submitted/Guelph Police Service)

In a three-day stretch, one Guelph police officer nabbed three male drivers travelling close to or in excess of double the posted speed limit.

In each instance, the driver had his licence suspended for 30 days and his vehicle impounded for 15 days.

In a media release, police said just before Friday at 3 p.m., the officer clocked a 24-year-old Guelph man travelling on Wellington Street West near McCrae Boulevard going 107 km/h in a 60 km/h zone.

Less than five hours later, the officer was patrolling on Gordon Street near Clairfields Drive when he clocked a vehicle travelling 134 km/h in a posted 60 km/h zone.

The driver was a 23-year-old man from Guelph.