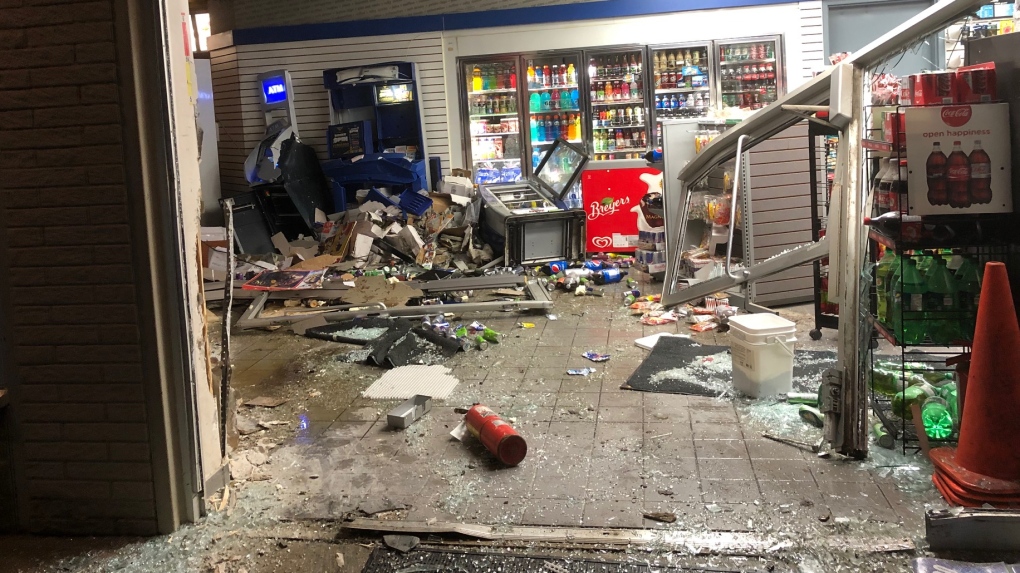 A failed ATM theft caused extensive damage to a gas station in Ayr.

The alleged incident happened on Fischer-Hallman Road around 2 a.m. on Tuesday.

According to police, a pickup truck drove through the front doors of the gas station.

Three suspects then tried to steal an ATM within, but were unsuccessful.

The owner of the gas station told CTV that this is the third time that this has happened.