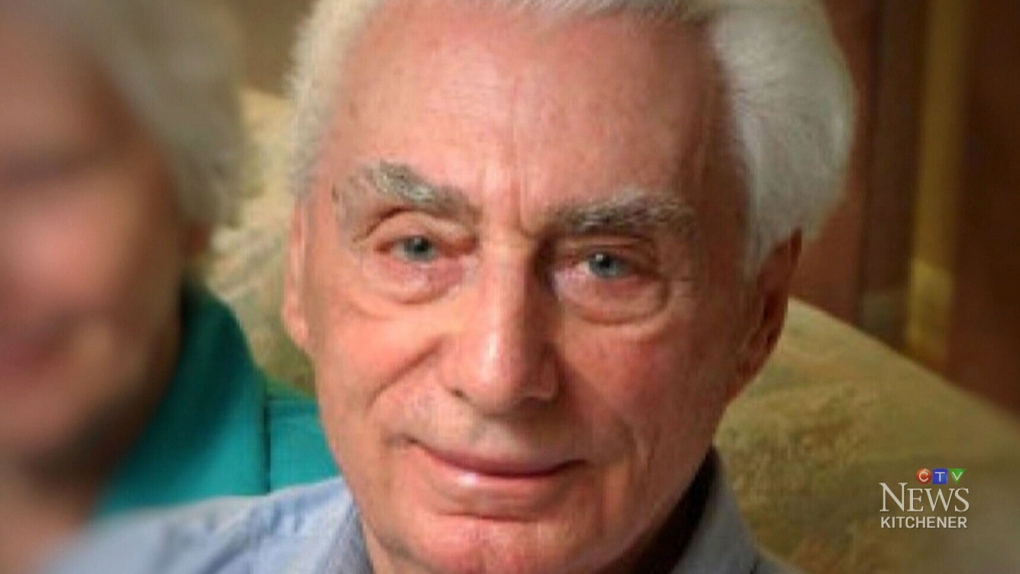 An elderly man who has had his Canadian citizenship revoked for lying about his membership in a Second World War Nazi death squad has lost yet another bid to have his case revisited.

In the latest such ruling in a case that dates back to the 1990s, the Federal Court of Appeal dismissed an attempt by Helmut Oberlander, of Waterloo, Ont., to retain his citizenship.

"We are devastated with this decision," Oberlander's family said in a statement Thursday. "Mr. Oberlander is now 95 years old. He has health issues. He wants nothing more than to have his Canadian citizenship and his reputation restored."

Courts have repeatedly agreed Oberlander's citizenship should be revoked on the grounds that he lied about his participation in a Nazi squad responsible for the deaths of nearly 100,000 people, most of them Jewish. However, there has never been any evidence he took part in any atrocities.

In June 2017, the federal government revoked Oberlander's Canadian citizenship for the fourth time since the mid 1990s. In doing so, the government maintained he was complicit in war crimes by belonging to Einsatzkommando 10a, known as Ek-10a.

The Ukraine-born Oberlander, who came to Canada in 1954 and became a citizen in 1960, has long argued he was conscripted into the unit as a 17-year-old and risked execution had he tried to leave. He has insisted he acted as an interpreter and took no part in its savagery.

In September, Federal Court Judge Michael Phelan upheld the government's decision as reasonable. Phelan said Federal Court Judge Andrew MacKay in 2000 had found Oberlander knew about the unit's brutality and was complicit in its war crimes by acting as an interpreter.

However, Oberlander's lawyers maintained Phelan misinterpreted MacKay's decision and was in fact leaning on his own previous ruling from 2008 -- one that was upended on appeal. They argued Phelan was biased because of his involvement in the case 10 years earlier.

The Federal Court of Appeal, however, dismissed Oberlander's bias motion without a full hearing on the merits of his case.

"There is a strong presumption that judges will comply with their solemn judicial oath to administer justice impartially," the decision reads. "This presumption is not easily rebutted."

Oberlander's lawyer Ron Poulton said he believes the appellate court made a mistake and said he was considering whether to try to have the Supreme Court of Canada weigh in -- normally a difficult proposition.

"Prolonging this is not really the goal," Poulton said. "It's to get justice and to get a fair hearing before an unbiased, fair court."

The government and Jewish groups want Oberlander, who is frail, legally blind and has hearing loss, to be deported. However, the government must first obtain a removal order, which can be contested in various ways.

Poulton said he saw no merit in forcing an ailing geriatric man onto an airplane and "depositing him somewhere" in eastern Europe away from his children and grandchildren.

"At the end of the day, cooler heads have to prevail," Poulton said. "Compassion has to be part of the decision-making process and hopefully the government recognizes that."