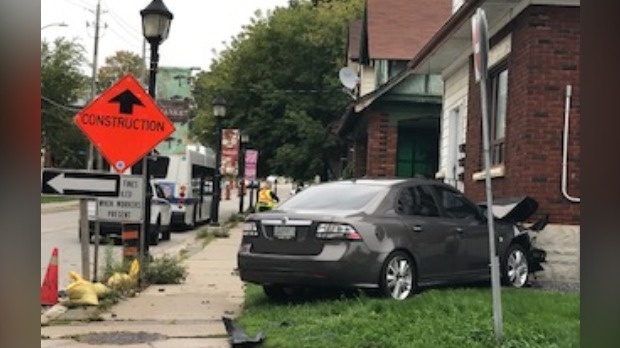 A car ended up on someone's front lawn after a crash in Kitchener.

A driver suffered minor injuries after their vehicle collided with a bus in downtown Kitchener.

Police responded to the crash at Duke Street East and Cedar Street North at around 9 a.m.

The car involved ended up on the front lawn of someone's house, narrowly missing the building itself.

Officials say there were people riding the bus at the time of the crash, but no injuries were reported.

The driver of the car, meanwhile, suffered minor injuries.

Police had blocked off part of the street for their investigation, but it was set to reopen in the late morning.

It's not yet known what caused the crash or whether any charges will be laid.