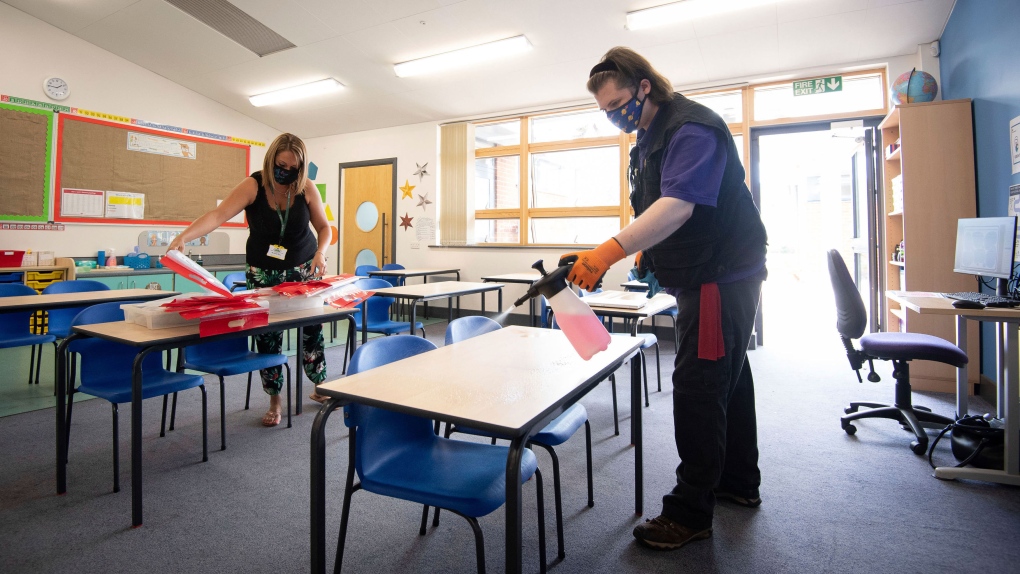 KITCHENER -- A classroom at a Cambridge elementary school is in self-isolation after two cases were identified in its students.

According to a news release from the St. Margaret of Scotland Catholic Elementary School, students in one classroom were identified as high-risk contacts after two others students tested positive.

"All students in that one class have been dismissed by the school as high-risk contacts of the case and advised to self-isolate at home," a news release from the school read in part.

"Public Health will be calling all high-risk contacts from the identified class cohort."

The school remained open on Tuesday morning and everyone else has been asked to self-monitor for symptoms.

These are the third and fourth cases of COVID-19 that have been identified in a WCDSB school. Two others—one at St. David Catholic Secondary School, the other at St. Anne Catholic Elementary School—were reported back in September.

COVID-19 cases in the region's youngest demographics have been on the rise since the school year started. Cases in those aged 10 to 19 have nearly quadrupled since the start of September, rising from 46 cases on Sept. 7 to more than 120 by mid-October.

The rise in cases among the region's zero to nine age group hasn't been as drastic, but has still been substantial. The region's website shows that there were 21 cases of COVID-19 in youngsters as of Sept. 7. That number has since climbed to 40.

There have been 1,914 cases of COVID-19 in Waterloo Region since the pandemic began, including 1,667 cases that have been resolved and another 120 that have resulted in death.

There are 127 active cases in the region, a number that has also climbed over the past two months. Three people are currently in hospital with the disease.

Evidence mounts that immunity from COVID-19 antibodies has limits

Plexiglas shields are everywhere, but it's not clear how much they help

One death, more than 120 COVID-19 cases reported in Manitoba on Tuesday