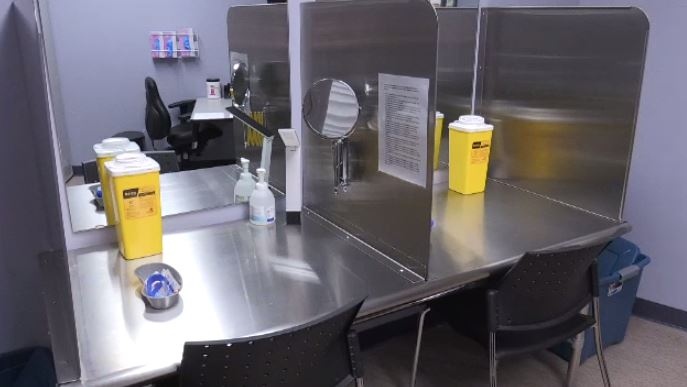 CAMBRIDGE -- Cambridge council voted in favour Tuesday night of delaying discussions over a consumption and treatment services site in the city, until later this spring.

Close to 50 people filled council chambers, the majority opposed to a CTS site in one way or another.

They say the main issue is a lack of trust, despite council and city staff assuring the path they are on now will keep the site out of the downtown core.

Council agreed last week to move ahead with an option that would allow the council and a site selection committee to pick the site they believe is best for the city and would be eligible for provincial and federal funding.

However many in the community are convinced this option will leave a backdoor open for the Region to go behind the city’s back and put up a CTS site wherever they like.

“It means that basically they’d be handing over the reins of the future of a CTS site in Cambridge, council would have no control, the city would have no say,” said Adam Cooper from Cambridge Neighbourhood Watch.

Several of the speakers also brought up that the byelection to fill the vacant seat in Ward 7 is coming up next month, and council should wait until everyone has a say.

Ultimately council voted in favour of this, deferring the motion by a 4-3 vote.

But some councillors feel it’s an opportunity lost to move forward with the project.

“If we made the decision tonight our site selection committee would spring into action. Also council has voted three times now not to put it the downtown cores or the 500 metre buffer, so you know we are protected. We have given our commitment to the community,” said Councillor Pam Wolf.

The exact date of the next vote has not been finalized yet, but will be after the byelection vote on March 23.