Breaking down the COVID-19 numbers in Waterloo Region

WATERLOO -- Every day, public health officials update the number of COVID-19 cases in Waterloo Region. Here's a look at some of the trends in those numbers.

As of May 1, Region of Waterloo Public Health officials have reported a total of 773 confirmed cases of COVID-19.

This week started with a spike: 33 new cases were reported on Sunday, April 26, bringing the region's total to 677 cases at the time.

Then there was a drop on Monday, with only six new cases reported.

The rest of the week saw an average of 22.5 cases added per day. 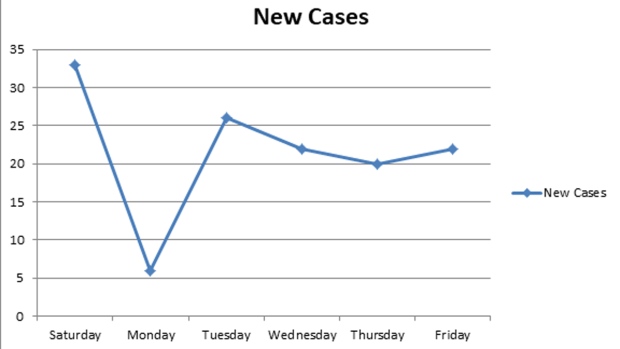 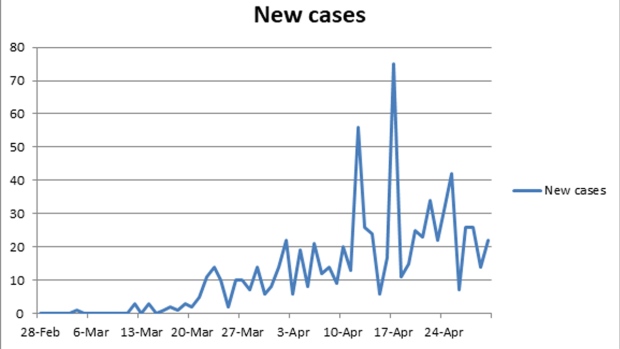 Another important piece of data is the number of recovered cases.

While 96 new cases were confirmed this week, another 68 were resolved.

If the number of deaths and the number of recovered cases are subtracted from the overall total, it gives a clearer picture of how many cases of COVID-19 are active.

There are currently 773 confirmed cases, 316 of which are resolved, and 72 deaths.

That means the number of active cases in Waterloo Region is currently 385, or 49% of the cumulative total.

The net number of active cases increased by 11 between April 25 and May 1. 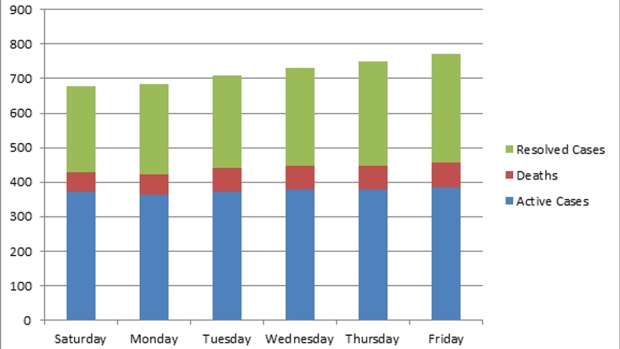 Elsewhere in our coverage area, health officials have reported more resolved cases than active ones.

In Huron-Perth, only eight cases are still considered active. Of the 47 reported cases, 34 are resolved, and there have been five deaths.

Brant County reports 70 of its 96 cases are resolved and three are fatal. There are 23 active cases.

Fifty-five per cent of the 281 cases in Wellington-Dufferin-Guelph are still active.

Of the 194 cases in Haldimand-Norfolk, 59 per cent of them remain active.