A series of overnight break-ins in Waterloo region are under investigation by police.

On Wednesday morning, two Waterloo stores told CTV News someone had smashed their doors and took off with the cash registers.

Later that day, Waterloo regional police confirmed they received 18 separate reports of break-ins at businesses in Kitchener, Waterloo and Woolwich.

Police believe the incidents are connected and all occurred sometime overnight.

They’ve also released a photo of a person they’re looking to identify as part of the investigation. 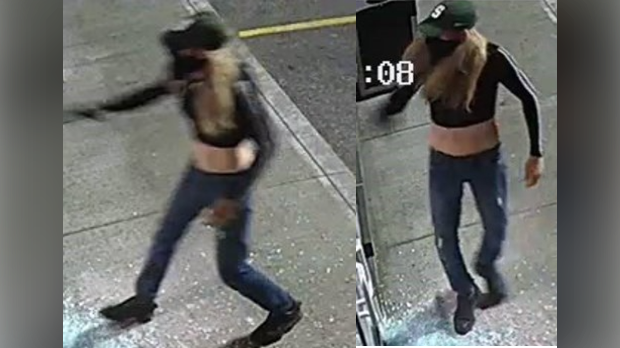 Police are looking to identify this person in connection to a string of overnight break-ins reported on July 6, 2022. (Submitted/Waterloo Regional Police Service)

Boss Supplements in Waterloo was one of the businesses targeted. Owner Jason Nguyen said he got a call about a break-in around 2 a.m. Wednesday morning.

Security cameras at the store on Parkside Drive captured someone throwing something through the door, shattering the window. The person then ran into the store, grabbed the cash register and ran out. It all happened in less than a minute.

There was money in the cash register, but no products were taken. The supplements store also had to close for the day Wednesday to fix the door and clean up the glass.

“I feel like the person that's hitting all these places clearly needs help, or why would they be going on a tantrum – it makes no sense to me," Nguyen said. "I feel bad for the businesses because I'm one of the businesses, so I can relate definitely, but it just sucks. It sucks." 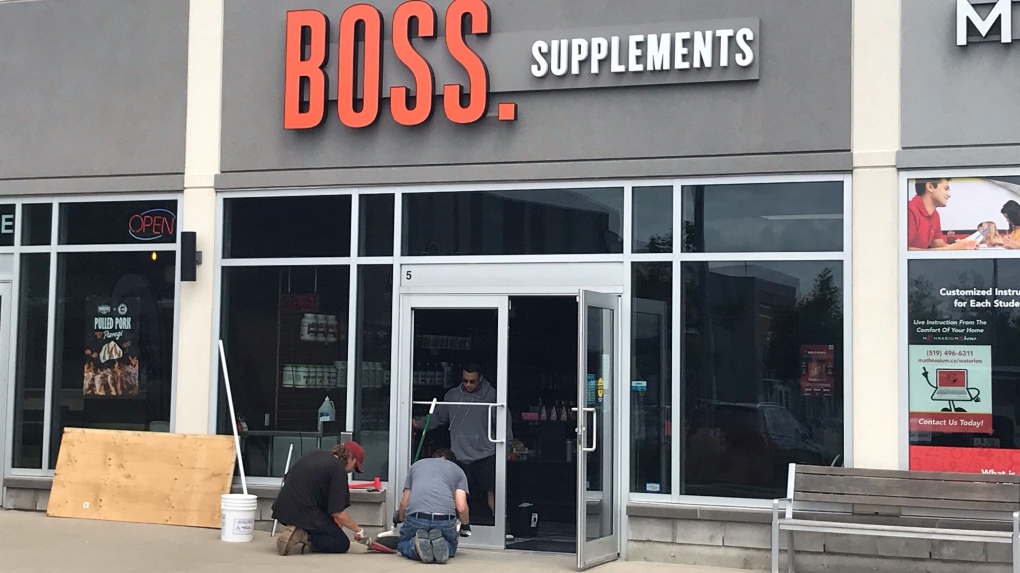 Police also retrieved the L-shaped pipe that was used to shatter the door.

“[They had a] strong arm, that’s all I’ve got to say,” Nguyen said with a laugh.

About a 10 minute drive away, a BarBurrito in Laurelwood Commons Plaza was targeted by a similar break-in. That incident also happened overnight.

Owner Atul Rajpoot said the business only opened on June 27.

“It’s just the second week of operations, it’s quite heartbreaking,” he said. 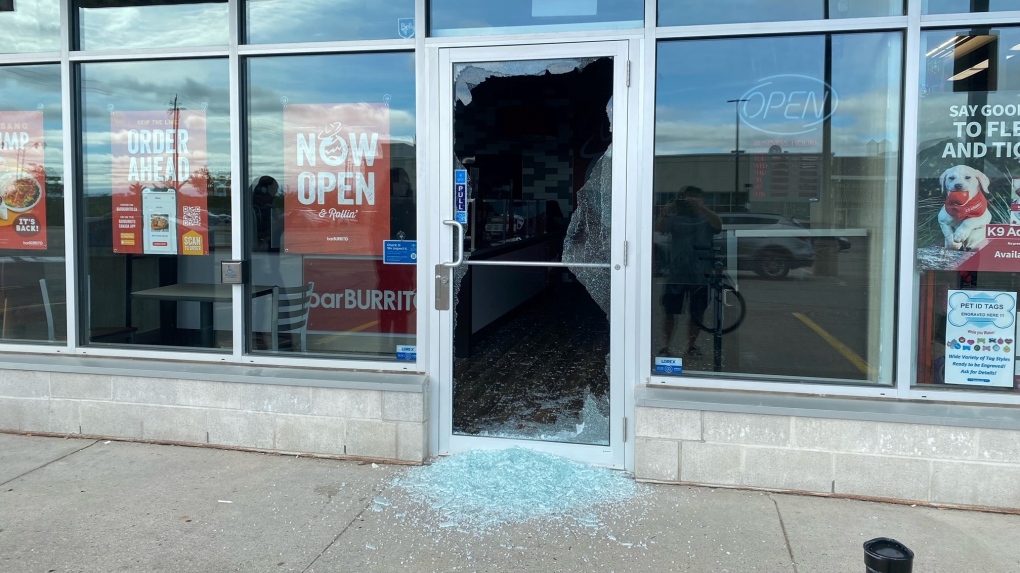 The front door of the new barBURRITO at 606 Laurelwood Drive in Waterloo has been smashed. (CTV Kitchener/Terry Kelly)

The BarBurrito franchise is Rajpoot’s first business. He said the break-in has left him feeling shaken.

“I’m not from Waterloo, I just thought of opening this store in Waterloo because I thought this is a good place where young kids live because of the university, that is the reason I came to this city to operate in, but I don’t know if it was the right step now,” he said.

Police said the suspect targeted plazas with restaurants, salons, dress shops and cannabis stores, smashing the glass doors or windows to get inside.

Once they entered the business, they stole cash and small merchandise items.

Police said the investigation is ongoing and asked anyone with information to contact them.

Salman Rushdie remained hospitalized Saturday after suffering serious injuries in a stabbing attack, which was met with shock and outrage from much of the world, along with tributes and praise for the award-winning author who for more than 30 years has faced death threats for his novel 'The Satanic Verses.'

Canadian Blood Services says it is in talks with companies that pay donors for plasma as it faces a decrease in collections.

Who is novelist Salman Rushdie and why has he faced death threats?

After facing years of controversy over his book, famed novelist Salman Rushie remains hospitalized after a stabbing attack left him with serious injuries. CTVNews.ca has a look at his life and why his work has prompted years of death threats.