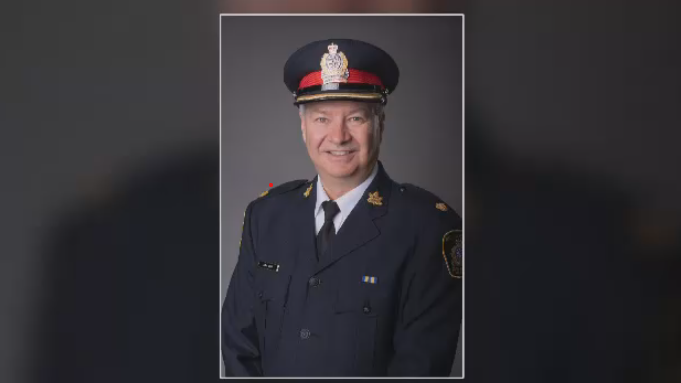 An undated photo of Daryl Goetz that was provided by Guelph Police.

KITCHENER -- The Guelph Police Services Board announced Wednesday that it has appointed Daryl Goetz as the city’s new Deputy Chief of Police.

Goetz will be joining the force after a 32-year career with the Waterloo Regional Police Service.

He’s currently a superintendent and divisional leader in the Investigative Services Division.

Over the years Goetz has taken on a number of different roles, from overseeing the Waterloo and Cambridge detachments, to roles in Strategic and Tactical Services as well as the Intelligence Unit.

He has also worked with the Criminal Intelligence Service of Ontario, Professional Standards Branch and the Special Investigations Unit.

Goetz will begin his new duties with the Guelph Police Service on July 1.

Paul Martin, the current Deputy Chief of Police, is retiring after 36 years with the force.