Weapons recovered, arrests made after police respond to citizen’s call in Brant County 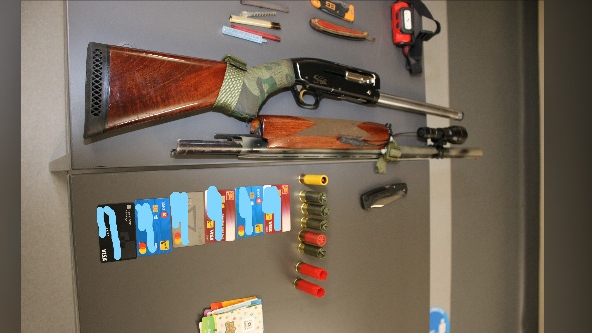 OPP also released a photo of some of the items seized from the arrests, which includes guns, credit cards, and what appears to be ammunition. (Photo/OPP)
KITCHENER -

Two men were arrested and weapons seized after police responded to a citizen’s call in Brant County.

Officers were called to a business on Bishopsgate Road at around 9:07 p.m. on Friday following a report of a traffic complaint.

The officers located two people associated with the vehicle from the traffic complaint. Police allege that one of the individuals was impaired while operating the vehicle.

OPP also released a photo of some of the items seized from the arrests, which includes guns, credit cards, and what appears to be ammunition.

The accused are set to appear at a Brantford court at a later date.

Police are asking people to call them if they notice what appears to be an impaired driver on the roads.

The project to restore an unfinished sculpture that was abandoned by Renaissance master Michelangelo has finally been completed at a museum in Italy.