'We want hands off the Greenbelt': Protestors in Cambridge rally against Bill 23

'We want hands off the Greenbelt': Protestors in Cambridge rally against Bill 23

Protesters in Cambridge joined others across the province Saturday in an effort to push back against provisions in Ontario’s new housing plan which will remove sections of protected land from the Greenbelt to build homes.

“We want hands off the Greenbelt,” Jenna Quinn with Waterloo Region Nature Club said. “The Greenbelt is set aside for a specific reason and we want to make sure it stays that way.”

The Ford government is proposing to remove 15 different areas, totalling around 7,400 acres from the Greenbelt.

The province's 30-day consultation period wraps up at 11:59 p.m. on Dec. 4. Once it has closed, the government will decide on how to proceed with removing or redesignating the 15 areas of land.

A spokesperson for the Minister of Municipal Affairs and Housing said the government plans to add additional lands to the Greenbelt elsewhere and there is clear criteria in the bill to ensure a 2,000 acre expansion could be achieved.

“It is the government’s expectation that should these lands be removed from the Greenbelt, construction of these new homes will begin on these lands by no later than 2025, and that significant progress on approvals and implementation be achieved by the end of 2023. Proponents would still be required to get the necessary approvals to ensure adequate environment protection before any construction could begin,” government spokesperson Chris Poulos said in an emailed statement. 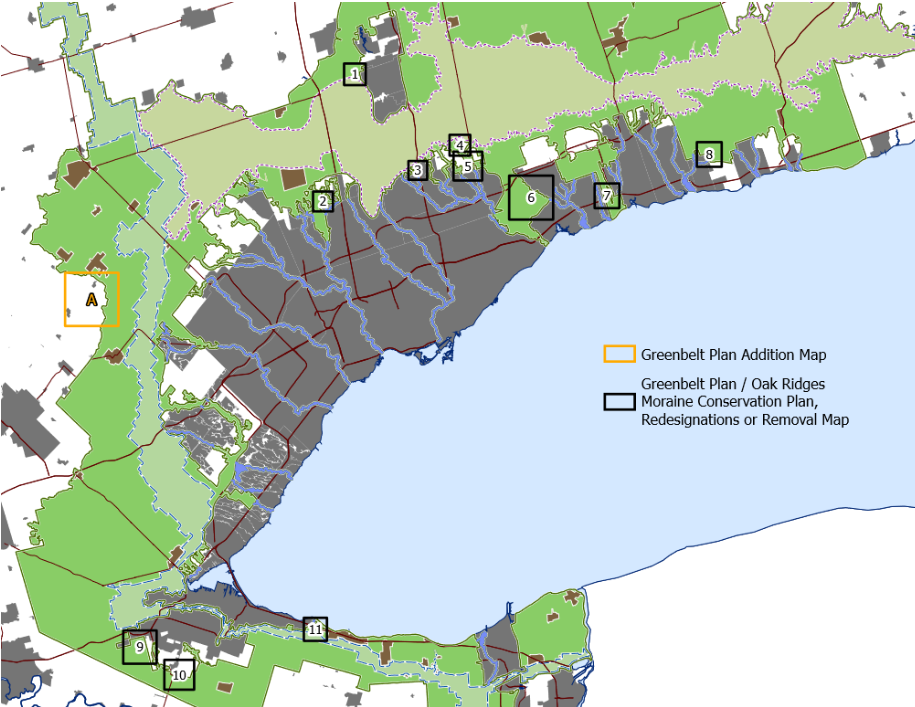 A map provided by the Ontario government shows what areas of the greenbelt will be removed and added.

Critics of the plan say while new land is being added to offset Greenbelt losses, development in the protected areas will irrevocably harm the environment communities rely on.

“We're in a dual crisis right now around the globe – biodiversity loss and climate change. And we need to do everything that we can to make sure that we have a safe planet for future generations,” Quinn said.

Another demonstrator, Kaie Elgie said she’s keeping her family in mind as activists promise to keep fighting the plan to carve up the Greenbelt.

“I care about the environment we are leaving for my grandchildren so I will be back,” Elgie said.

More rallies are planned in several communities in the region Sunday including in Guelph at 11 a.m. and Elora at 1 p.m. Ontario Green Party leader Mike Schreiner will be in attendance at both.

Germany's ambassador to Canada says NATO will not become 'a party to the conflict' in Ukraine, despite several countries announcing they'll answer President Volodymyr Zelenskyy's pleas for tanks, possibly increasing the risk of Russian escalation.