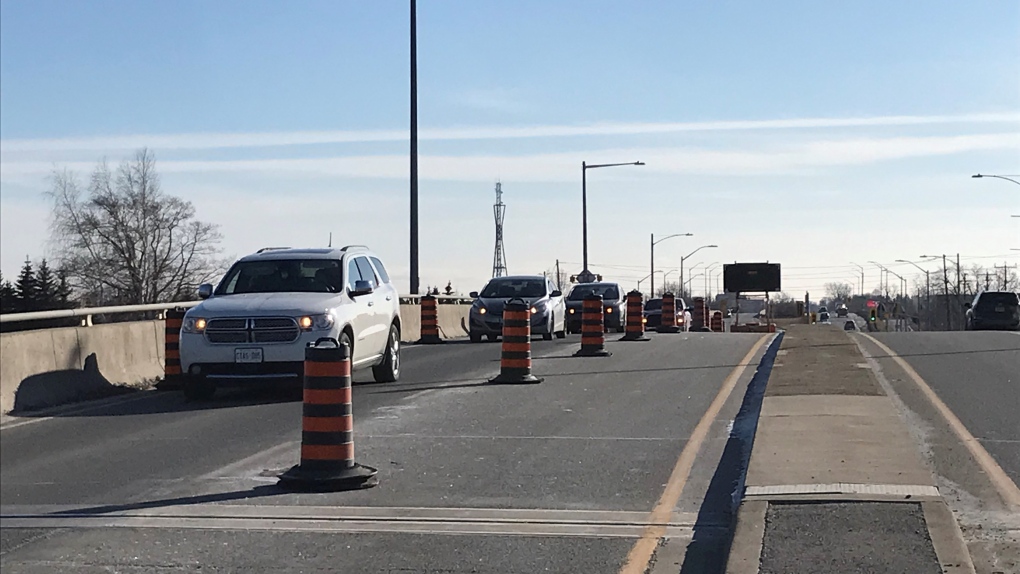 The Wayne Gretzky Parkway Bridge in Brantford was reopened after falling concrete from the overpass closed the roadway for several hours on Friday.

Ontario Provincial Police told CTV News a vehicle struck the overpass while driving under it at around 4:13 p.m.

No injuries were reported but OPP said two vehicles were damaged when they drove over the fallen concrete.

The westbound lanes of the 403 were closed for an investigation.

In a video posted to Twitter, OPP said they wanted to speak to the driver of a black Western Star dump truck that was pulling an excavator and a trailer. They later indicated that the driver had contacted police. OPP also thanked witnesses who helped with their investigation.

Brantford police issued a statement Saturday morning, saying both northbound and southbound lanes on the Wayne Gretzky Parkway have been reopened but are restricted to one lane in each direction.

At around 3 p.m. Saturday, only the northbound section of the parkway was limited to a single lane and all southbound lanes were open to traffic.

Brantford police added the Ministry of Transportation will be conducting a full assessment of the bridge on Saturday.