Vehicle fire, another in ditch in Waterloo neighbourhood 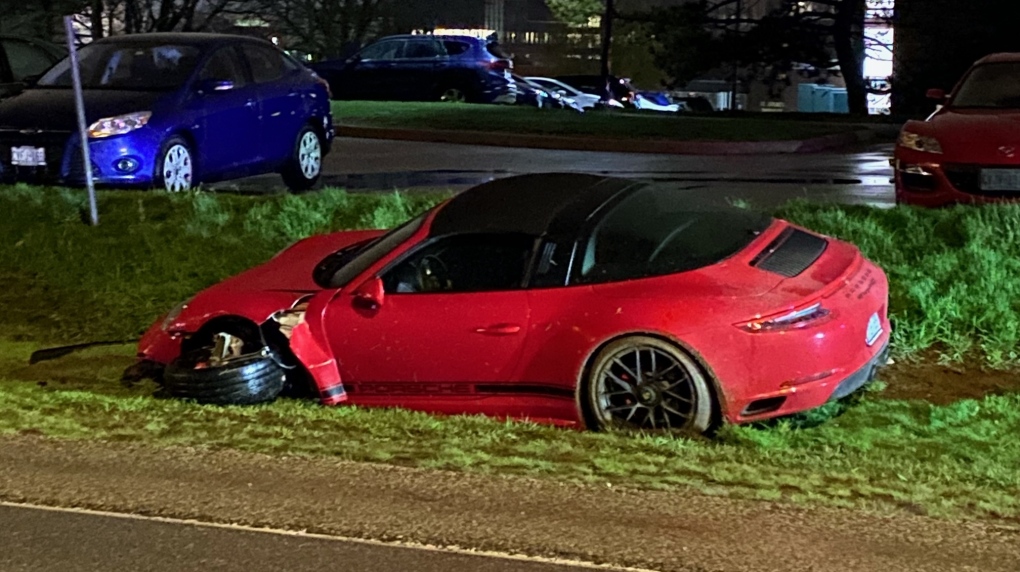 A vehicle that ended up in the Westmount Road ditch after a crash in Waterloo. (Terry Kelly/CTV Kitchener) (May 5, 2022)

Emergency crews were busy in a Waterloo neighbourhood Tuesday night dealing with a vehicle fire and a crash that landed one vehicle in a ditch.

Regional police say speed was likely a factor in a crash that resulted in a damaged red Porsche ending up in a Westmount Road North ditch just after midnight.

There were no injuries reported.

The driver reportedly lost control of the vehicle, but it's still not clear why, as the investigation is ongoing.

Just down Westmount Road around the same time, firefighters on the grounds of the University of Waterloo's St. Paul University College for a vehicle fire.

Smoke was seen billowing from the vehicle, but no details about the cause or extent of the damage has been shared.