'Unforgettable for us': Stratford swans released in front of smaller crowd

The swans in Stratford returned to the Avon River on Sunday, but in front of a smaller crowd than usual.

For over 30 years, the swans have been have been led by a pipe band from their winter quarters behind William Allman Memorial Arena down to the Avon River. The event attracts tourists from all over Ontario.

This year, organizers wanted to err on the side of caution, and cancelled the parade in hopes of keeping things small.

"They're starting to get a little aggressive in here as it’s mating season," said Quin Malott, parks, forestry, and cemeteries manager for the city. "We want to get them out on the river and we kept it traditional and we're still going to release them at two o’clock the first Sunday in April.

"During the planning part of this we didn't know what kind of numbers we would be allowed to have so we kind of kept it traditional and local as much as we could."

“Just this week with the uptick in COVID-19 cases, we thought we would just do a release, and so we cancelled the pipe band,” said M.J. Thomson with Civic Beautification & Environmental Awareness. 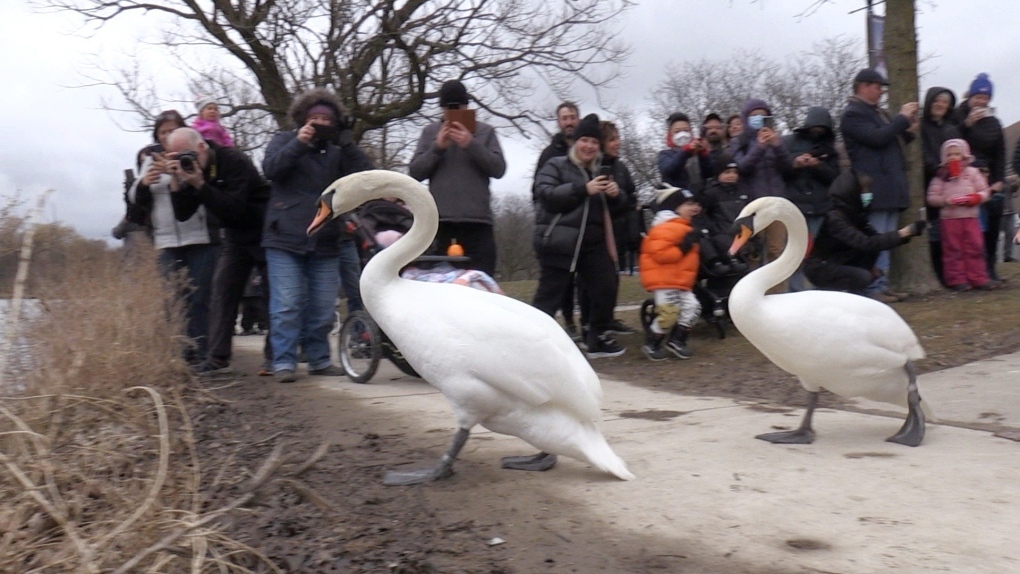 Swans are released back into the Avon River in Stratford. (Colton Wiens/CTV Kitchener) (Apr. 3, 2022)

Despite not publicizing it online, many locals and some from surrounding cities made their way to the area for the release.

Chamba said he saw the birds on the water in the summer, but later learned they were released each spring.

“We saw a couple, when they just got to the water they went a few meters in the water," he said. "You saw couples making the hearts. That was amazing to watch. So that's unforgettable for us." 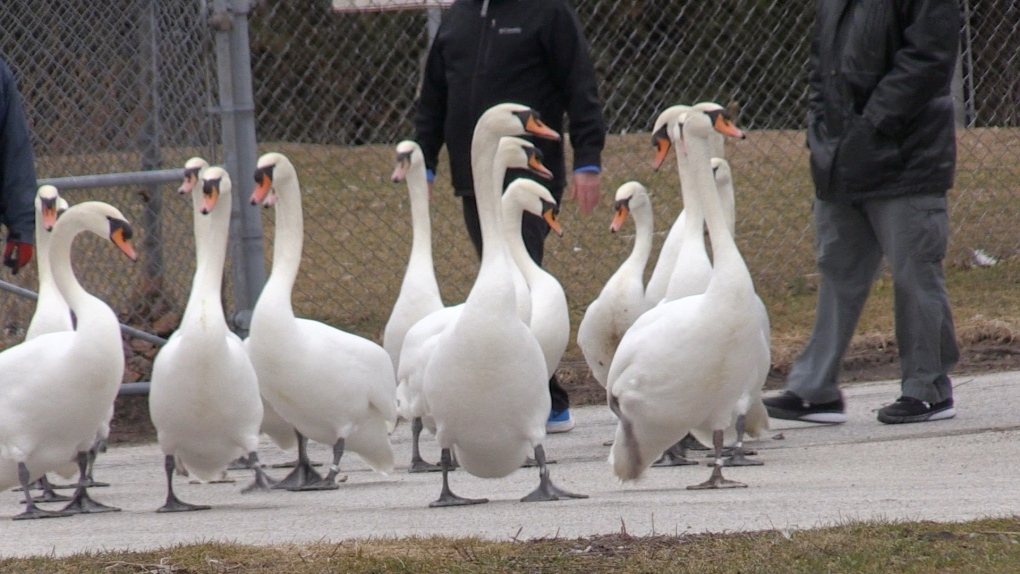 Swans are released back into the Avon River in Stratford. (Colton Wiens/CTV Kitchener) (Apr. 3, 2022)

Organizers said the event is a way to celebrate the community, which helps kickstart the rest of the events for the year.

“The swans are a good way for us to do this, to kick off our season," said Thomson. "The theatre will be opening up and this is our way of saying we're back.”

Organizers hope next year they will be able to bring back all the fanfare again.

American actor Anne Heche will be taken of life support on Sunday, nine days after suffering severe injuries in a fiery car crash, as a compatible person was found to receive her donated organs, a spokesperson said.

About 4,000 beagles are looking for homes after animal rescue organizations started removing them from a Virginia facility that bred them to be sold to laboratories for drug experiments.

Pennsylvania state police say a man who was upset about an argument with his mother drove through a crowd at a fundraiser for victims of a recent deadly house fire, killing one person at the event and injuring 17 others, then returned home and beat his mother to death.