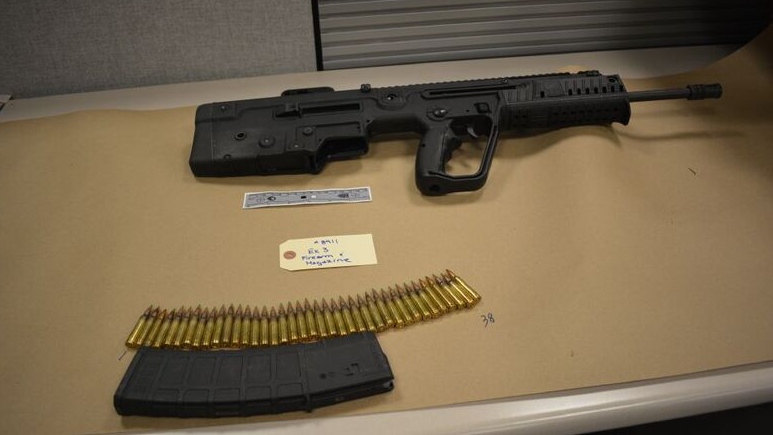 A rifle seized by police following an investigation (Supplied: WRPS)

KITCHENER -- Three Kitchener teens have been arrested and charged in connection to an armoured car robbery, a bank robbery and stolen vehicle offences.

Toronto police say the incidents happened between Jan. 19 and Feb. 13 in Toronto, Waterloo and Drumbo.

On Jan. 19, officials say three male suspects entered a Drumbo bank armed with guns and a knife. They pointed the guns at victims while a fourth suspect waited in a stolen vehicle. They stole cash and fled the scene.

On Feb. 2, police said three male suspects stopped two armoured car guards coming out of a bank in the area of Morningside Avenue and Milner Avenue in Toronto. One guard locked himself in the truck, while the other was disarmed and held at gunpoint. They demanded cash from the guards.

The alarm was triggered and the suspects fled in a stolen vehicle, taking the guard's gun.

Toronto police and Waterloo regional police worked together to identify the suspects. They were arrested on Feb. 13 in an alleged stolen vehicle in Toronto.

Police say they also seized a replica handgun, a loaded semi-automatic assault rifle and cash. The gun stolen from the guard was also recovered.

Two 18-year-olds and a 17-year-old from Kitchener are all facing multiple charges, including robbery, pointing firearms and threatening death.

A 22-year-old from Brampton was also charged with conspiracy to commit an indictable offence.