The legacy of John McCrae: Guelph remembers the ‘In Flanders Fields’ poet

The legacy of John McCrae: Guelph remembers the ‘In Flanders Fields’ poet

The City of Guelph marked a significant milestone on Remembrance Day.

John McCrae, who wrote ‘In Flanders Fields’, was born 150 years ago in Guelph.

The doctor and soldier penned the famous poem which has become one of the most recognizable symbols of Remembrance Day.

McCrae was born on November 30, 1872 in a small house in the suburbs of the city.

“He lived an incredible life, he was an incredible man,” said Tammy Adkin, the manager of museums and culture for the City of Guelph.

McCrae later embarked on a career in medicine.

“He actually was one of the best trained doctors of his time, as a pathologist,” said Adkin.

McCrae was also a man of faith and service. He was among the first wave of Canadians to sign up for battle after Britain declared war on Germany. 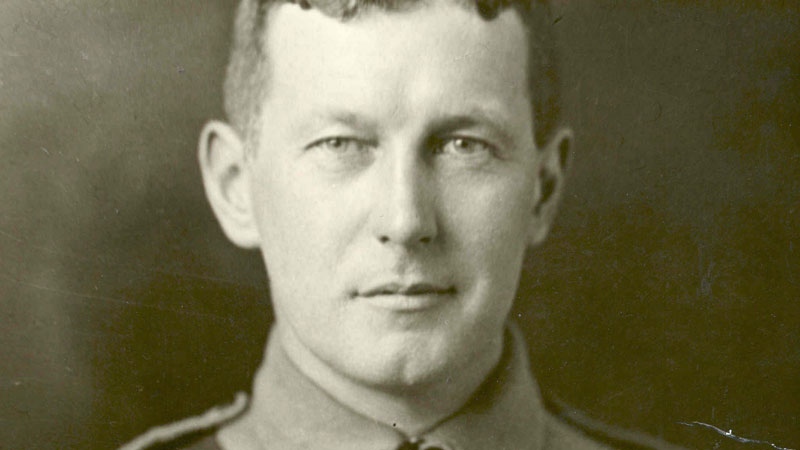 McCrae wrote ‘In Flanders Fields’ during the second battle of Ypres, where he was serving as a doctor on the front lines.

After helping bury a friend, he penned his famous poem.

“It was written as a call to action,” explained Adkin.

The words – ‘In Flanders Fields, the poppies blow/Between the crosses, row on row…’ – could have easily gone unnoticed.

“It was published in December 1915 in Punch magazine as kind of a filler piece, on the back page lower corner,” said Adkin. “But people found it and it resonated.”

The poem was then used as both a recruitment tool and to sell victory loan bonds.

McCrae didn’t live to see the end of First World War having died of pneumonia in January 1918.

However he did know people connected with his poem.

“Through letters to his mother we know he was aware that his words had impact, and he was quite pleased,” said Adkin.

The poem also helped inspire the adoption of the poppy, which is now seen as a symbol of Remembrance Day.

McCrae’s poem was turned into a song for Friday’s Remembrance Day ceremony at the Sleeman Centre.

The Royal Legion Branch 234 held another service at the McCrae House Memorial Garden, outside the home where McCrae was born and is now a national historic site.

“‘In Flanders Fields’ certainly sums up what we all feel in terms of remembrance,” said David Thompson, the first vice-president of the legion.

Students from John McCrae Public School also recited the poem that inspired an entire country to wear a poppy every November.

“[We] pay tribute to those who have given us the opportunity to have freedom,” said Lt. Paul Kubinec.

He served with the Canadian Forces for more than 20 years.

“It’s so deeply entrenched in Guelph that it’s part of the fabric,” Kubinec said. “He is here. We feel him today.”

Some of those who attended the ceremony at the Guelph Cenotaph left poppies at the base of the memorial. They said just like the men and women who died for Canada, John McCrae will never be forgotten. 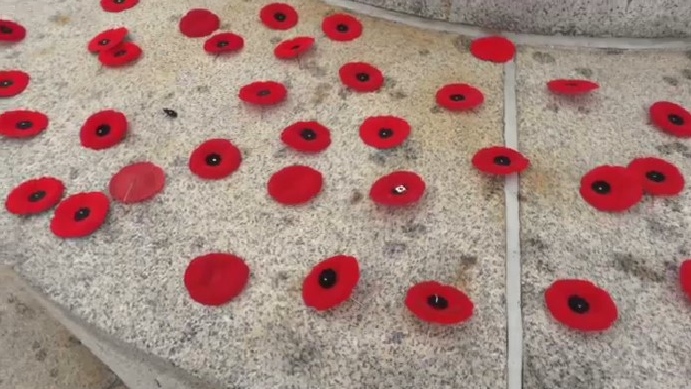 Poppies left at Guelph's Remembrance Day ceremony in honour of Lt.-Col. John McCrae, who grew up in the city and penned the poem "In Flanders Fields." (Nov. 11, 2022)

The legacy of McCrae’s life was focused on making a difference.

The words McCrae left behind continue to inspire reflection every Remembrance Day and beyond.