Officials with the Region of Waterloo and City of Waterloo say road construction is on schedule so far this season, thanks to favourable weather.

“We're right on schedule, very pleased to be able to say that,” said Dan Ditaranto, manager of design and construction for the City of Waterloo.

Ditaranto said the reconstruction of Albert Street from Columbia to Weber may be the most noticeable project for motorists. The city is installing new water mains, doing resurfacing work and adding cycling infrastructure. That work is expected to last several months.

“A bit of a short term pain for long term gains situation there, but that should be done by the end of the year,” Ditaranto said.

According to Ditaranto there have not been many labor interruptions this year, but the materials are costing more.

“We were fortunate to have some projects last year that came in under budget. So we were able to save some money and sort of put that towards topping up a few of the costs that we needed to address this year,” Ditaranto said. 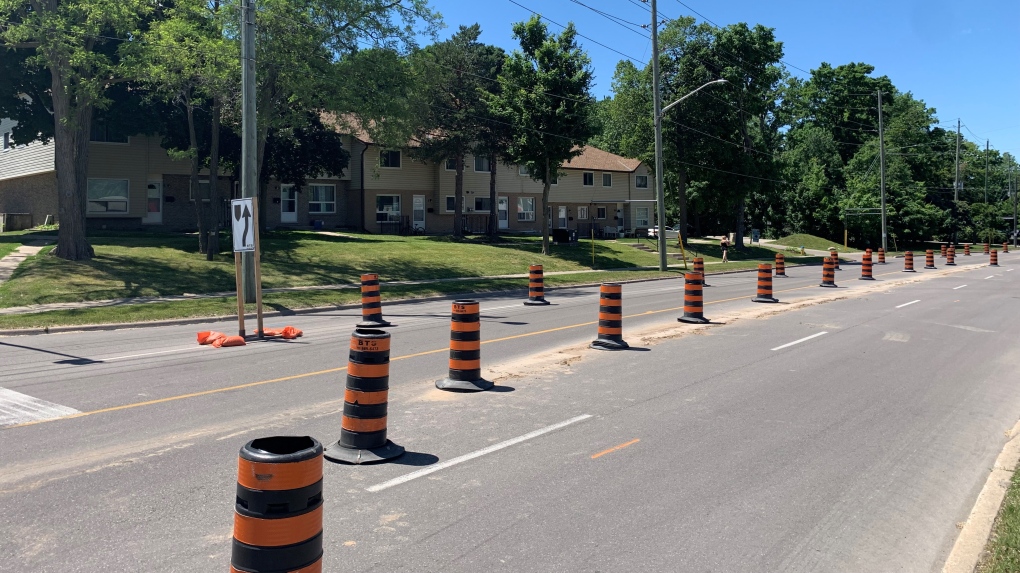 Reconstruction on Albert Street is "a bit of a short term pain for long term gains," says Dan Ditaranto with the city of Waterloo. (Colton Wiens/CTV Kitchener)

Meanwhile the Region of Waterloo said inflationary costs are causing some strain for its 20 major projects.

“Inflationary pricing is a concern for all municipalities this year. Although we always carry contingencies, there will be some strain on our project budgets across the board. We are monitoring the situation to determine whether the deferral of one or two projects scheduled for later construction starts may be necessary,” Frank Kosa, from the Region of Waterloo said in an email. 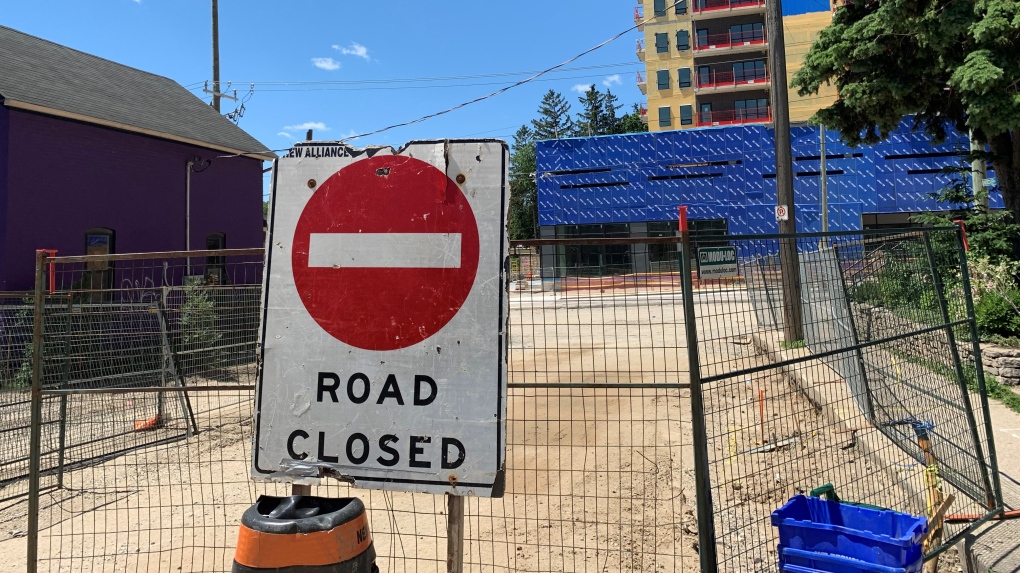 Officials said the King Street reconstruction in Uptown Waterloo is ongoing from 2021. They expect the intersection of King Street and Central Avenue to be closed around the end of June. The Region has also just started work on the reconstruction of Line 86 in Wallenstein.

The City of Kitchener has 17 projects scheduled, including an upgrade to Stirling avenue that has shut down traffic in areas between Mausser avenue and Greenbrook Drive. According to officials, the construction industry is very busy and there are some delays for starting Kitchener projects.

“Each construction season seems to present us with a new challenge. This year is no exception. The industry is very busy, and we are seeing some elements of project delivery being delayed. These delays are mainly to the start of some of our projects. We have had excellent weather thus far, and our contractors have been aggressive with their production, so most of our started projects are currently ahead of schedule,” Chris Spere, manager of engineering construction with the City of Kitchener said in an email.

Spere also said the city is seeing some challenges with how people behave around construction zones and wants people to be mindful of the signage. Spere said although road closures are inconvenient, they are necessary for work to be completed safely.

Current and upcoming construction projects have been listed on its website, and residents can also find a map with the latest on planned closures.