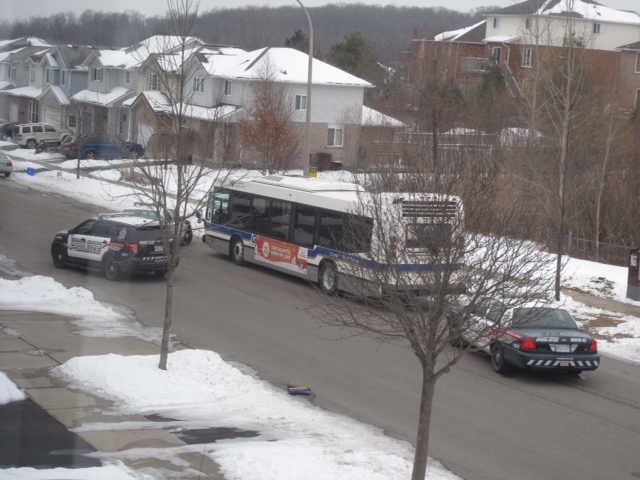 A standoff and hostage taking took place in the south end of Kitchener.

Several passengers and the bus driver got off safely, but the man and the woman hostage remained on board.

After making several threats to the woman and demands of police, the 36-year-old man surrendered to police.

Police say although threats of weapons were made, investigators have not located the items.