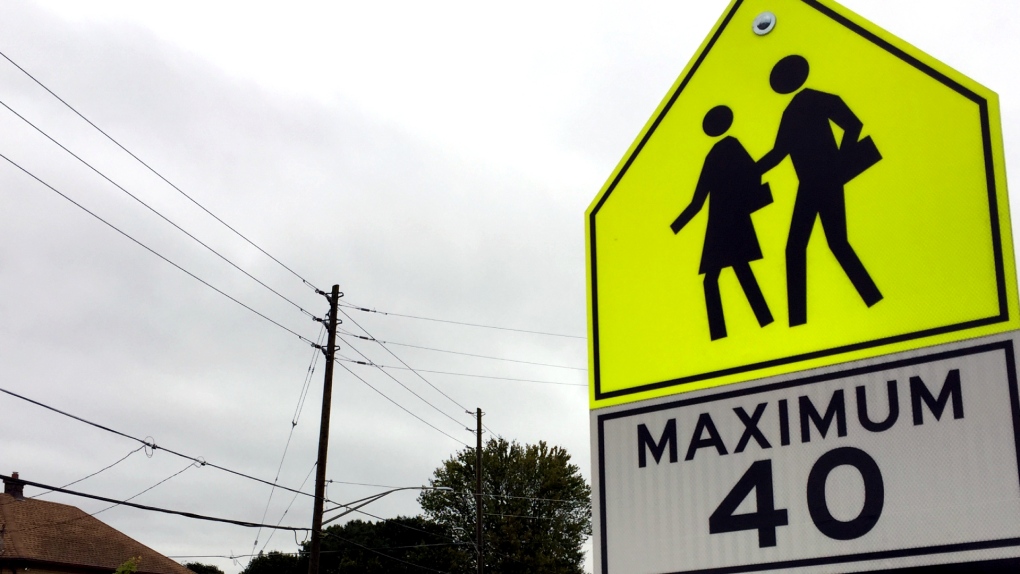 A speed limit sign is seen in a school zone in this undated file image. (Bryan Bicknell / CTV London)

Prepare to slow down to 40 km/h in most school zones on regional roads starting this fall.

At a meeting on Wednesday, Waterloo regional council approved a pilot project that will see speed limits reduced on regional roads during regular school hours.

In a media release, the region said the move is aimed at increasing road safety.

“Enhancing safety on all our roads is a priority for Council,” Coun. Tom Galloway said in the release. “We know most drivers take extra care in school areas, and by further reducing speed limits during school hours, we are doing everything we can to put the safety of children, pedestrians and motorists first.”

From September to June, the new limits will be in effect Monday to Friday, 7 a.m. to 5 p.m.

The region said of the 35 school zones located on rural roads, 27 will be reduced to 40 km/h. Five already have speed limits of 40 km/h and will remain unchanged. Four other school zones on faster-moving roads will see a reduction of 10 to 20 km/h during school hours.

The region said the changes were recommended by staff based on a recent traffic study.