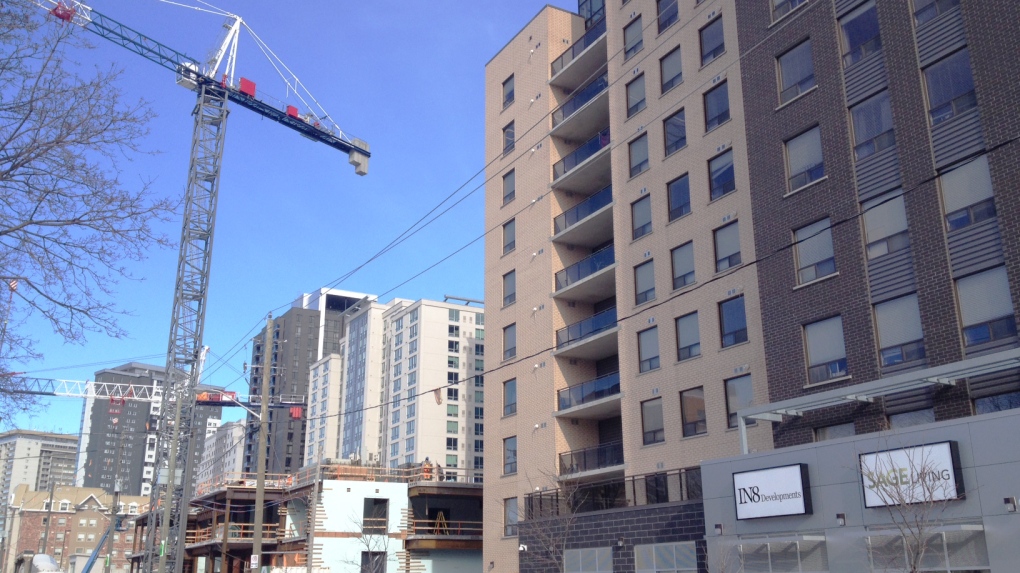 A building under construction in 2015. (CTV)

The Region of Waterloo will need an estimated 70,800 new homes by 2031 to address the housing shortage and meet expected population growth, according to a report from the Smart Prosperity Institute at the University of Ottawa.

Released in August, the report from the think tank is based on housing recommendations from Ontario’s Housing Affordability Task Force and the provincial and federal governments.

During the election campaign in May, the Ontario Progressive Conservative Party announced a plan to build 1.5 million homes over the next 10 years if re-elected. A news release from the party at the time said the plan "will help keep costs down for families by building the supply that meets homeownership demand.”

The University of Ottawa report sought to answer if building 1.5 million new homes over the next decade is a reasonable forecast, and if so, how those homes should be distributed across the province.

“Not surprisingly, the most extensive housing needs are in the Greater Toronto Area,” the report said.

According to the report, the Region of Waterloo ranks as the seventh highest in terms of housing supply needs, just behind Durham which needs 89,900 and ahead of Simcoe which needs an estimated 69,900 houses.

The report was written by Mike Moffatt, Alison Dudu, and Maryam Hosseini, and the authors noted the report did not examine key factors such as what types of houses need to be built, what regulatory changes need to be implemented and the steps needed to ensure the homes built are available to Ontarians across income levels.

The report’s authors developed a Rest of Canada Average Benchmark (RoCA Benchmark) method to estimate the number of homes needed in each of Ontario’s 49 census divisions, where the rest of Canada excludes Ontario and British Columbia.

“Using the RoCA Benchmark, we find that over the next ten years, Ontario will need 1,034,900 net new homes to keep up with population growth and has a pre-existing housing shortage of 471,500 units. Added together, the RoCA Benchmark projects Ontario will need 1.506 million net new homes in the next ten years,” the report said.

Across the Region of Waterloo, several developments are underway to address the housing shortage as the population grows.

A new vision for the former Schneiders plant is taking shape as developers recently announced a $1 billion proposal for the site.

The developers are hoping to get shovels in the ground in the next year and have the project completed by 2035.

According to the Region of Waterloo’s affordable building plan, the region “aspires to develop up to 2,500 new homes over the next five years, increasing the affordable housing we generate from an average of 50 units per year to 500 units per year.”

The plan includes the building of 990 new homes across the region. Of these, 837 are currently in development, of which, 141 are new supportive homes.

On Sept. 14, the dashboard from the region showed 153 new homes have been occupied.