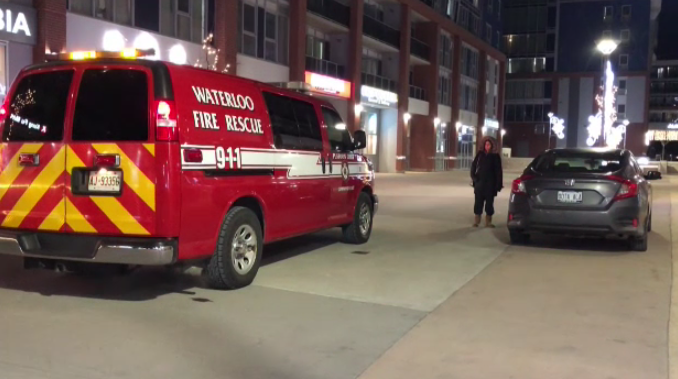 Some residents at a Waterloo apartment building say they are fed up because fire alarms are constantly going off.

“The safety of our residents is our highest and the operation of our life safety equipment is critical to that commitment,” said Bridget Schoeler, a communications specialist with Accomod8u in a statement.

According to those who have lived at the building on Columbia Street West for a while, this isn't a new issue.

They say the multiple fire alarms, which sometimes go off several times a night, are causing people to become more relaxed and not take the system seriously.

“It goes off a lot and it goes on for like 30 minutes,” said resident Anson Lam. “So basically no one cares about it anymore.”

Waterloo Fire and Rescue add that it is working with property management and that it’s a complex issue, but it’s also the building owner’s responsibility.

"There are so many units and devices in one system, being that it's so large,” said Waterloo Deputy Fire Chief Ryan Schubert “There's actually eight structures in total at this property address all on one system.”

“We have begun a review of the fire safety system with our electrical contractor and the system's manufacturer. The result of these efforts leaves us confident in the building's systems, the safety of our residents, and our ability to identify the source of these reported alarms," the company’s statement reads.

It goes on to say that the company treats every alarm as if an emergency has occurred and urges residents to do the same.

Fire officials say the building owner is taking the appropriate steps to resolve the situation.

Neither the building management nor Waterloo Fire provided a timeline for when it would be resolved by.