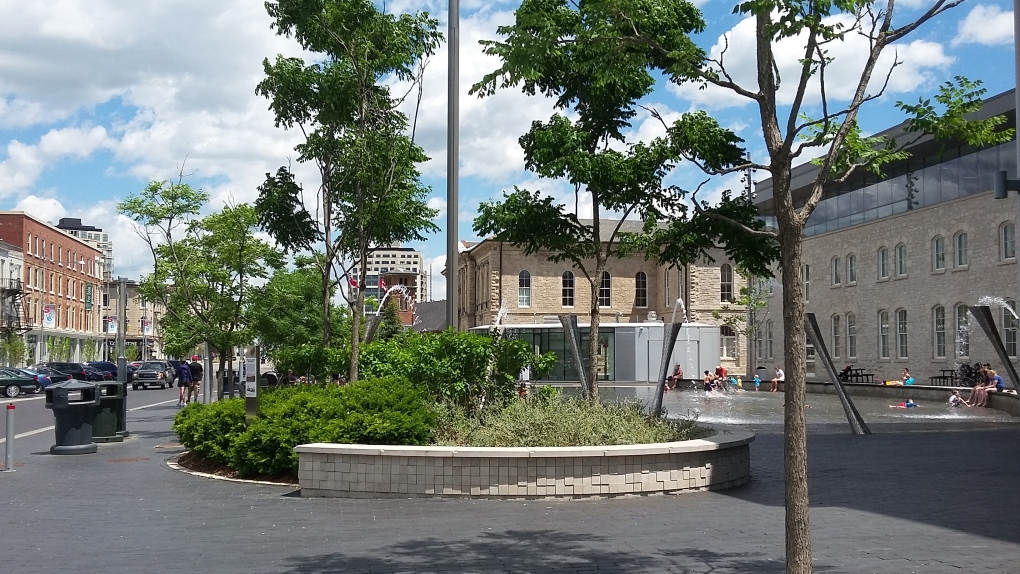 KITCHENER -- Police in Guelph have apologized to a man who had launched a lawsuit against them over his arrest in 2016.

In July of that year, the Guelph Police Service responded to the Guelph City Hall splash pad and arrested Derrick Miller for possession of child pornography and voyeurism.

They said at the time of Miller’s arrest that he was taken into custody after city workers noticed a man taking photos at the splash pad.

Police confirm now that they had issued a media release at the time that indicated Derrick Miller had been charged with child pornography and voyeurism.

Police now say that Miller was not charged at the time of the arrest or at any other time.

"The Guelph Police Service acknowledges that Mr. Miller was not in possession of child pornography or engaged in voyeurism," a news release from police reads in part.

"The Guelph Police Service sincerely apologizes to Mr. Miller for the embarrassment and damage that resulted from these events."

The apology comes almost exactly three years after Miller filed a $5-million lawsuit against the police service, alleging assault and battery, defamation and false arrest, among other grievances.

The man's lawyer, Kevin Kemp, confirmed to CTV that the action was settled last week.

"These allegations which were simply untrue were published, and he was subjected to horrific vitriol and nasty comments and threats.  It was dreadful for him.  So, he's happy now to be in a position where he is able to move on with his life, and try and put what has transpired behind him," said Kemp.

The apology was a term of the settlement, as was a "substantial monetary payment," but Kemp says he cannot disclose the amount.

Police say that "the matter has been resolved to the satisfaction of the parties."