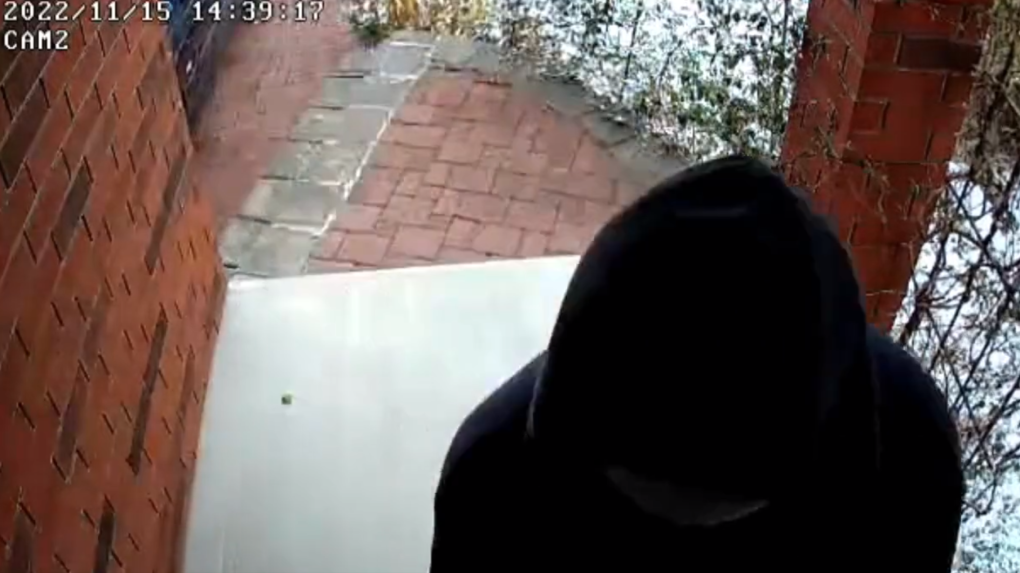 Waterloo regional police are looking for two suspects who were captured on video forcing their way into a Kitchener home.

Police say it happened on Tuesday around 2:40 p.m. in the area of Glencliffe Court and Keewatin Avenue.

Police say once the pair got inside, they were confronted by the home’s resident and fled, driving away in a brown minivan.

Police are asking residents in the neighbourhood to check their security footage for a brown minivan or suspicious activity between 1 p.m. and 3 p.m.

Police are investigating after two suspects forced entry to a residence in the Grand River North neighbourhood of Kitchener.

The suspects fled in a brown minivan after being confronted by a resident of the home.