Police release photos of person of interest in Guelph robbery 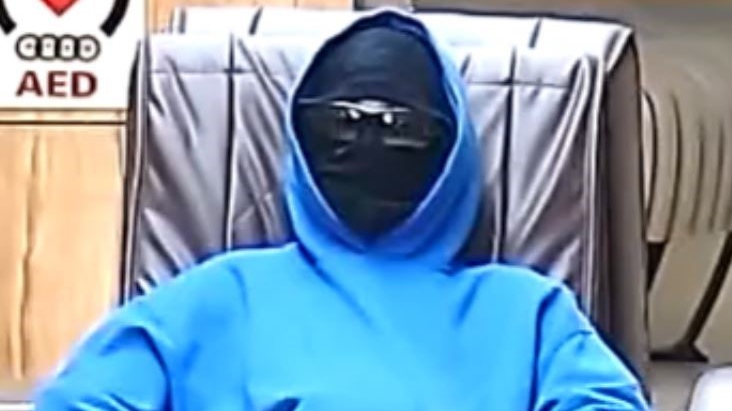 Guelph police have released photos of a man they’re calling “a person of interest” in a gas station robbery earlier this week.

In a media release, police said they were called to the Esso station at the intersection of Edinburgh Road South and College Avenue West just after 10 a.m. on Monday, June 20.

Police said a man entered the store, then left before returning a short time later. He approached the clerk, removed a black handgun from his clothing and demanded cash.

Police said the gun was not pointed at anyone and no injuries were reported.

He fled on foot with an undisclosed amount of money, some of which was recovered nearby.

Police said he was described as white, with “an average build and height.” He was wearing a royal blue hoodie, black track pants, a black balaclava, sunglasses and running shoes.