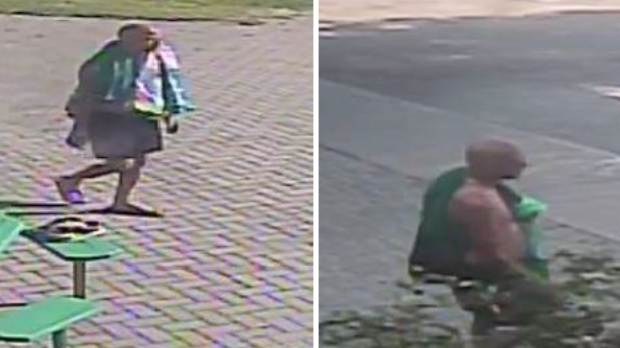 Police say they're looking to identify this man, as he may have information regarding a sexual assault in Brantford. (Source: Brantford Police Service)

Brantford police are looking to identify a man in connection to a sexual assault reported last week.

It happened at Earl Haig Park on Market Street on July 8.

Police say a woman, 20, and an unknown male were the ones involved.

The victim was not physically injured, a press release says.

Officials say they are looking to identify a man who may have information related to this incident. They aren’t calling him a suspect.

He’s described as white, between 30 and 40 and bald. He had no shirt on, was wearing dark shorts and was carrying a blue bag.

It’s possible that he left the area in a red vehicle.