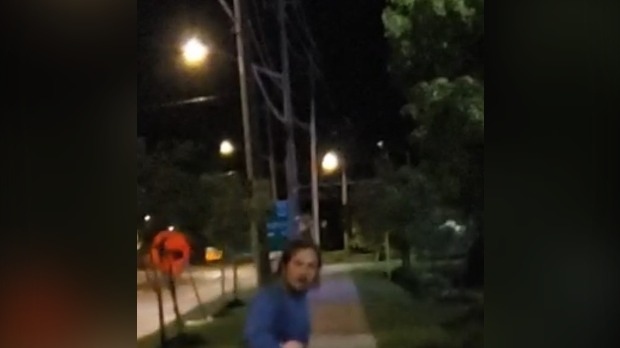 Police are trying to identify this man in relation to an assault in Kitchener (Supplied: WRPS)

KITCHENER -- Waterloo regional police are investigating a "hate-motivated" assault that occurred in Kitchener this week.

In a news release, officials said a man was walking in the area of Ira Needles Boulevard and Highland Road West around 10:30 p.m. Thursday when he was approached by another man, who assaulted him. Police said the suspect also yelled racial remarks at the victim.

The suspect is described as between 30 and 35 years old, with a medium build, long black hair, and was last seen wearing a blue jacket and light-coloured pants.

Continuing to investigate a hate-motivated incident that occurred around Ira Needles Boulevard and Highland Road West in Kitchener.

The suspect approached the victim and committed an assault.