Person on Canada-wide warrant wanted for murder arrested in Cambridge 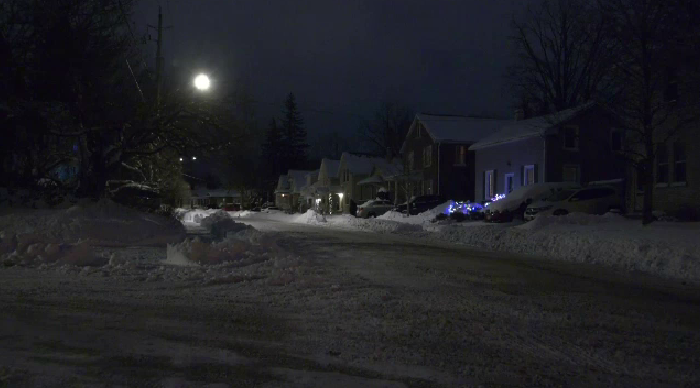 Cambridge became the centre of a Canada-wide search on Tuesday for a person wanted for first-degree murder.

A heavy police presence could be seen in the area of McNaughton and Oak Streets around 4:30 p.m.

Shortly after, police reported an arrest was made in relation to a warrant from another police service and that there was no concern for public safety.

Police in Thunder Bay had issued the Canada-wide warrant for the wanted person.

A spokesperson for the Thunder Bay Police Service said the arrest was in relation to a homicide on Nov. 4. They said Conrad Joseph Bannon, 31, died from apparent gunshot wounds at a home in Thunder Bay's south end.

A 17-year-old was taken into custody in Cambridge. Thunder Bay police say he appeared in bail court via video from Waterloo Region on Wednesday and was remanded into custody for a future date.

An individual has been taken into police custody. There is no concern for public safety.

The arrest is in relation to a warrant for another police service.