Paramedic donates $250 pandemic payment, challenges others to do the same 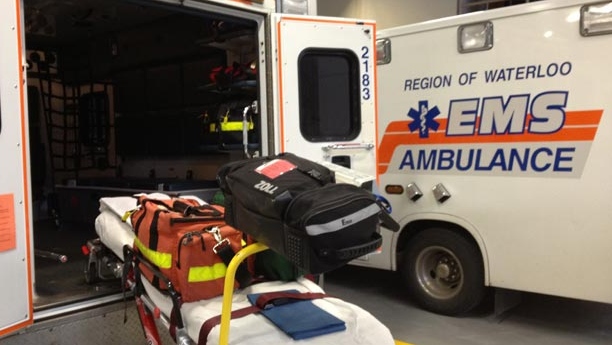 KITCHENER -- A paramedic with the Region of Waterloo has decided to donate his pandemic pay bonus and he’s challenging other front-line workers to follow his lead.

On Tuesday the province announced that it was expanding its pay increase program.

Paramedics and respiratory therapists were just two of the jobs added to the list.

In addition to a $4 an hour increase, workers would also get a monthly lump sum payment of $250 in recognition for their hard work during the pandemic.

Jeffrey Bilyk, an acting supervisor and advanced care paramedic with the Region of Waterloo, says in a tweet that "it was never about the money."

Shortly after the announcement he tweeted out the following message: "I challenge my paramedic colleagues across Ontario to prove it. I’ll be taking my monthly lump sum and throwing it at Sick Kids Hospital and Ronald McDonald House. I challenge everyone to do the same. #paybumpchallenge."

He went on to say: "Keep your hourly, you’ve earned it. We are working under the most stressful times we have seen in decades. Take your money and throw it at the charity of your choice."

Bilyk followed that message up with a tweet showing his donation to Sick Kids Hospital.

Other first responders have also pledging to donate to a variety of organizations including food banks, women’s shelters, pet rescue and veterans groups.