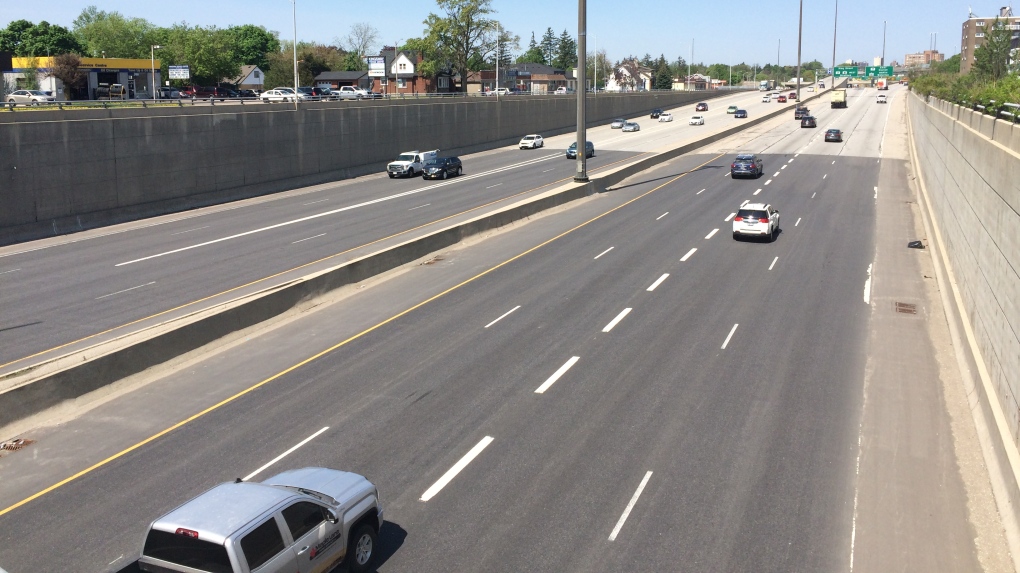 Traffic moves along Highway 8 in Kitchener on Wednesday, May 23, 2018. (Dan Lauckner / CTV Kitchener)

Cambridge OPP are investigating a road rage incident on Highway 8 in Kitchener, and they're asking witnesses to give them a call.

No further details have been released about the alleged incident, but OPP say at least two vehicles were involved.

"We are appealing for any witnesses that may have been in that area at that time, that either saw or heard anything, that caught your attention," said Sgt. Kerry Schmidt in a Twitter video.

Specifically, he added, they're looking for "more context" into what happened on Highway 8.

Road Rage investigation - #CambridgeOPP appealing for publics assistance. If you saw or heard anything near eb #Hwy8 between Fairway and King please call 519-654-0150 pic.twitter.com/u51dWxLtrL