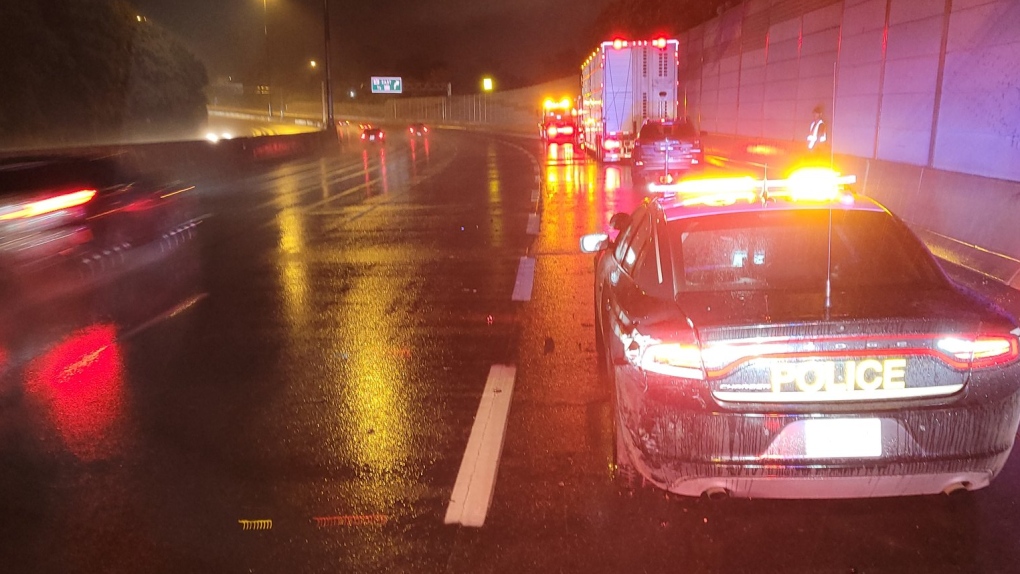 An OPP cruiser was struck while investigating a separate crash on Highway 7/8 in Kitchener. (@OPP_HSD/Twitter)
KITCHENER -

An Ontario Provincial Police cruiser was struck while investigating a separate crash on Highway 7/8 eastbound in Kitchener on Wednesday.

The OPP Highway Safety Division tweeted about the collision near Courtland Avenue just before 7 a.m.

According to the tweet, a Cambridge OPP officer was out of the vehicle when the cruiser was hit.

Nobody was injured during the collision.

A G2 driver has been charged.

OPP also tweeted about that portion of the highway earlier Wednesday morning because of flooding on live lanes due to Tuesday’s storms.