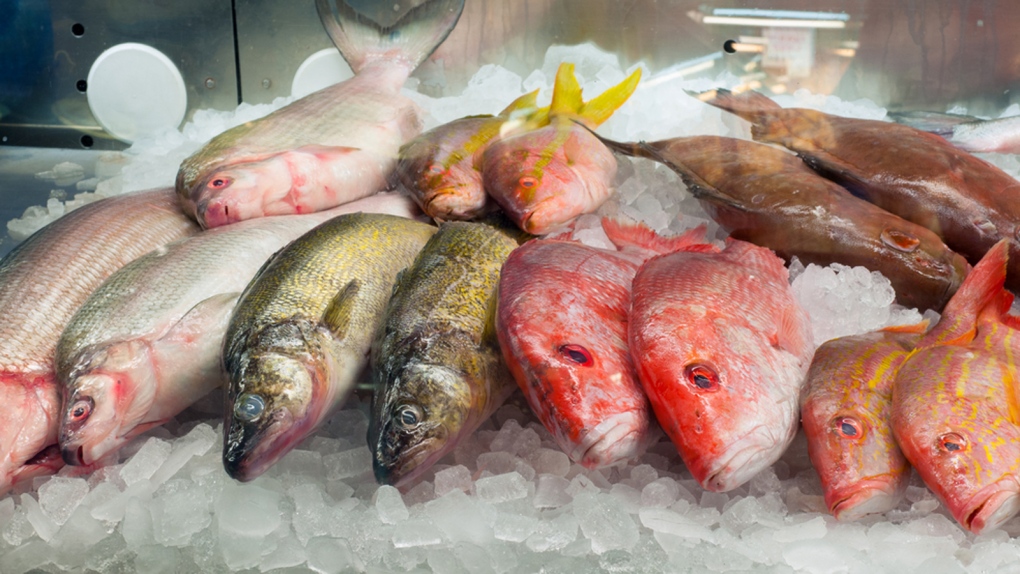 More than 60 per cent of seafood products tested at Montreal grocery stores and restaurants were mislabelled, according to an update of a study that tracks rates of fish food fraud in Canada.

"The numbers reflect that this is an ongoing problem," said Sayara Thurston, a seafood fraud campaigner with Oceana Canada, which conducted the investigation.

In July 2019, the organization tested 90 samples from 50 locations in Montreal and found that 61 per cent of seafood wasn't as advertised.

A commercial lab in Guelph, Ont., used DNA barcoding to analyze the samples and determine the identity of each species. It found 31 products were a different species than was claimed, 21 were mislabelled and three contained species not authorized for sale in the country.

The results, when combined with previous investigations since 2017, found 47 per cent of the 472 fish samples to date were mislabelled in Montreal, Victoria, Vancouver, Toronto, Ottawa and Halifax.

A 2018 report found a mislabelling rate of 44 per cent in data from five of the cities, excluding Montreal. Victoria clocked in the highest rate of mislabelling at 67 per cent, while Vancouver's was the lowest at 26 per cent.

"The truth is that no amount of mislabelling, no amount of fraud is acceptable," she said. "And so, it's very problematic to see these numbers."

Seafood fraud includes swapping cheaper fish and passing them off as more expensive fillets, or putting false, incomplete or misleading information on a label.

Food fraud is not limited to the seafood industry, but is particularly problematic there because of a complicated supply chain. Some companies have even started developing at-home test kits to help conscious consumers determine if they've been duped, for example, into purchasing farmed rather than wild salmon.

This type of fraud also presents a potential health risk with consumers possibly exposed "to parasites, allergens, contaminants, aquaculture drugs and pesticides used in industrial farming operations, or natural toxins found in certain species," according to the report.

The Montreal investigation found that 16 per cent of the fish was substituted with other species. Butterfish or albacore tuna was found to be replaced with escolar, which can cause diarrhoea, vomiting and nausea, and is banned from being sold in some countries.

Seafood fraud also hurts consumers economically when lower-cost fish are swapped with more-expensive varieties. It can also create the impression that some fish are more abundantly available and undermine efforts to curb overfishing and other conservation attempts.

The Canadian Food Inspection Agency, which is responsible for mitigating food safety risks and monitors food fraud in the country, can't comment on the specifics of the report until it has reviewed it, wrote Cynthia, a spokeswoman for the agency who did not provide her last name, in an email.

The CFIA conducts inspections at import, processing and retail outlets, she said, to help protect consumers from fraud.

"It is industry's responsibility to properly label seafood and to provide truthful and not misleading information about their foods to consumers," she wrote, adding the CFIA works closely with industry to help them meet regulatory requirements and takes appropriate action in cases of non-compliance.

Oceana Canada is continuing its call for the federal government to strengthen labelling requirements and boost traceability based on these results.

The Liberal party promises to create new rules for tracing and labelling these goods, with a so-called boat-to-late traceability program. The NDP also says it will implement a boat-to-plate system and stronger labelling rules.

Oceana Canada has been calling for such a system for years. It would require seafood products to be tracked as they make their way through the supply chain, according to the organization.

It also wants regulators to require catch documentation for all domestic and imported seafood. Both these measures are in place in the European Union where Oceana Canada says incidents of seafood fraud have decreased significantly.

The Conservatives, meanwhile, say they will "work with industry to develop a strategy" to prevent fraud and mislabelling. The Green Party platform includes promises relating to seafood but no mention of mislabelling.

The CFIA did not directly answer questions about calls for boat-to-plate traceability and catch documentation, but pointed to new regulations that enhanced traceability requirements by mandating that food businesses keep records that allow a food to be followed along the supply chain.

"The traceability requirements are driven by food safety; however they can facilitate trace-back during an investigation on food misrepresentation," Cynthia wrote.

"Our next step is to work with the government to make sure that those promises become action very swiftly."

This report by The Canadian Press was first published Oct. 16, 2019.