Misleading labels: U of G researchers take a closer look a fish fraud 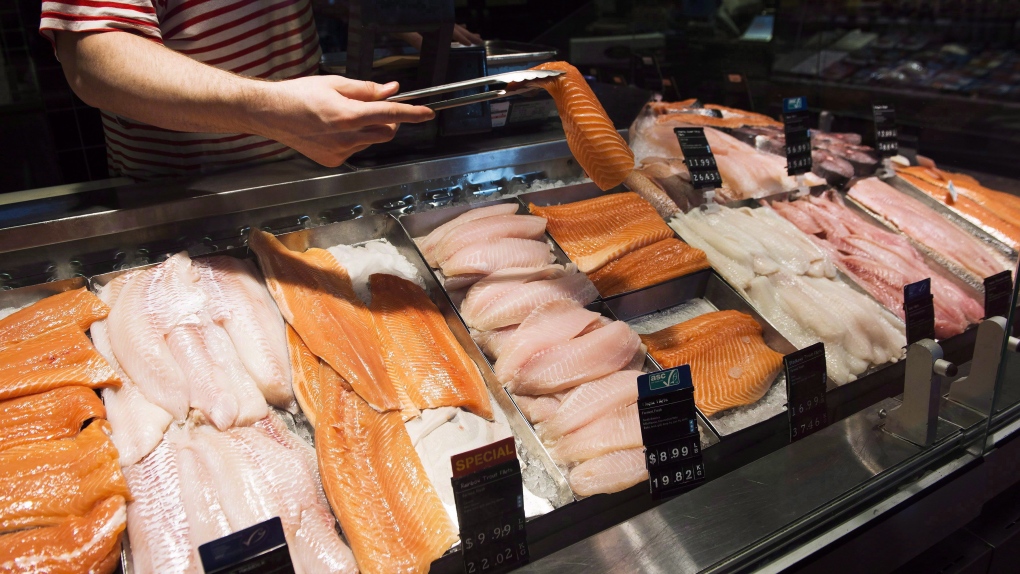 A seafood counter is shown at a store in Toronto on Thursday, May 3, 2018. THE CANADIAN PRESS/Nathan Denette

When shopping for food you expect the ingredients to match the label, but that’s not always the case when it comes to seafood.

According to researchers at the University of Guelph, 32 per cent of fish is mislabeled.

“We’ve shown that there is a consistent problem where a species of lower economic value are being mislabeled and sold as a species at a higher value,” he says.

The problem isn’t just at the store level.

Researchers at U of G have been studying the industry for 10 years and say the problem exists throughout the supply chain.

Samples collected by the Canadian Food Inspection Agency show that 40 per cent were mislabeled at retail stores and 30 per cent at wholesale processors.

Another 20 per cent of products imported into Canada were mislabeled.

The concern isn’t just for pocketbooks of consumers.

Some fish can also make you sick.

White tuna in sushi dishes can be switched out for escolar. While legal for consumption, it can also cause unpleasant side effects.

“If you eat more than a few ounces of this fish it can cause you to have an orange diarrhea,” says Hanner.

Researchers say part of the problem is international inconsistency and jurisdictional fragmentation between different government bodies.

That means some of those misleading labels might not be deliberate but simply mistakes.