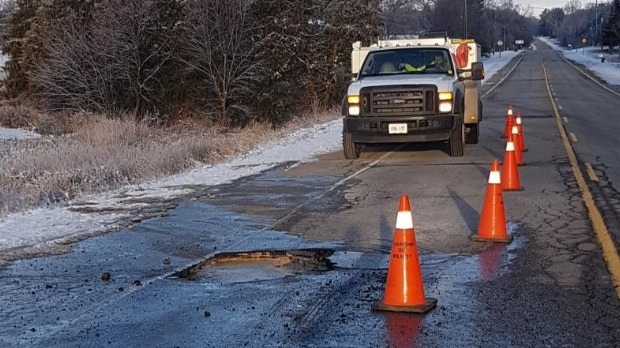 KITCHENER -- A road in Wilmot Township was more perilous than usual for a number of drivers on Tuesday morning.

Police say that a sink hole on Nafziger Road was reported just north of Snyder's Road West at about 7 a.m.

About six cars were reportedly disabled after driving over the metre-wide hole in the road.

Nafziger was closed between Snyder's Road West and Erbs Road while staff repaired the damage.

Police say the sinkhole was caused by a burst water main.

No injuries were reported and all of the disabled vehicles were removed from the scene.